A+ A-
Print Email
Match your way to victory in the new epic action RPG from TOAST, Crusaders Quest! Command over 200 heroes and defeat waves of monsters in a quest to save kidnapped Goddesses from the forces of evil.

In Crusaders Quest, you will command the greatest pixel army ever assembled! Save a land under siege by a mysterious witch who has kidnapped and trapped the magical Goddesses. Only you and your rag-tag group of 8-bit crusaders can journey to save the Goddesses and unlock their special powers to repel darkness from the land. 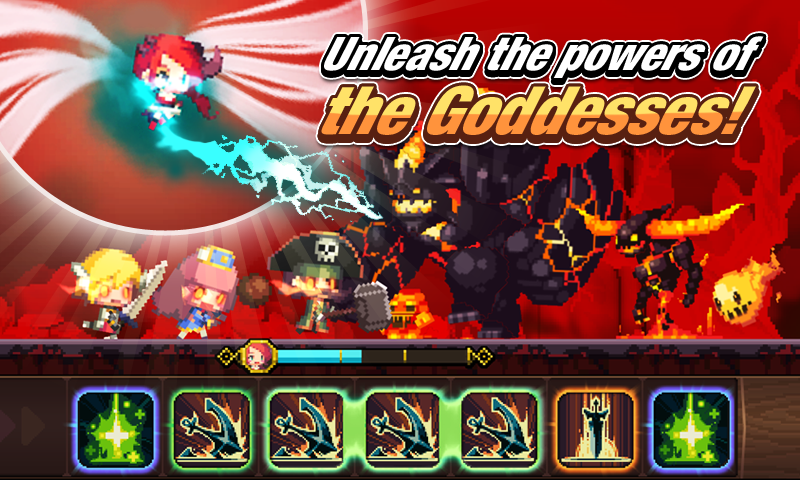 After strengthening your heroes, take them into epic PVP battles to test your strength against the world! With over 200 heroes to collect, there's no limit to the combinations of crusaders you can take into battle!

• Real-time and fast paced puzzle combat! Match your heroes' skill blocks to quickly decimate your foes.
• Play 6 unique classes and recruit over 200 unique heroes, each with their own strengths on the pixelated battlefield.
• Quest to save the kidnapped Goddesses and add their powers to your team.
• Level up your characters and equip hundreds of powerful weapons to strengthen your 8-bit crusaders!
• Beautiful 8-bit pixel graphics that capture the retro feel of classic RPGs.
• Challenge your friends for Honor in the PVP arena and see who has strongest heroes!