A+ A-
Print Email
Game of War is an action packed online war game that's easy to play and challenging to master. Join the ULTIMATE battle for domination of the Kingdom in Game of War – Fire Age! PLAY FOR FREE in the most addicting, interactive Action Strategy MMO GAME! 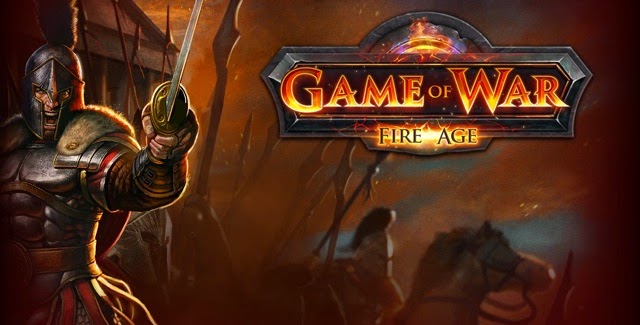 Over 346,000+ ★★★★★ Reviews
5/5 “This is the best MMO and game ever. I have played other MMO games but this is the best one yet! You can battle other players and collect resources and build really cool buildings. If I had to rate this game it would be 10 stars. But, there is no 10 star rating.”
5/5"A great strategy game, easy to start up and hit the ground running."
5/5 “Best real-time strategy game I have ever played!”
Game of War is the perfect balance of strategy and fast-paced action. Play and chat with millions of players worldwide in real-time. Build an empire, train vast armies and forge strategic alliances to become the most powerful alliance in the Kingdom.

FEATURES
✔ Free to play MMO RPG (Massive Multiplayer Online - Role Playing Game)
✔ Play & chat with millions of online players worldwide in 32 different languages – all in real-time
✔ Train vast armies to lead into action packed battles on the stunning World Map
✔ Attack & conquer the Wonder to become the almighty King!
✔ Forge diplomatic alliances to conquer enemies & become the most POWERFUL Alliance in the Kingdom!
✔ Use your power to give special titles to your friends & enemies in the Kingdom!
✔ Build & customize your very own Empire
✔ Train, level-up and deck out your Hero
✔ Craft legendary weapons to rise above the competition


What's New
GoW MAJOR UPDATE! LOG IN NOW AND SEE THE LATEST!!!!!!
*** SUPER WONDER - Fight over the SUPER WONDER to become EMPEROR over all of Game of War!
*** Hero Energy & PvE - Menacing monsters roam the kingdom defeat them to earn valuable loot!