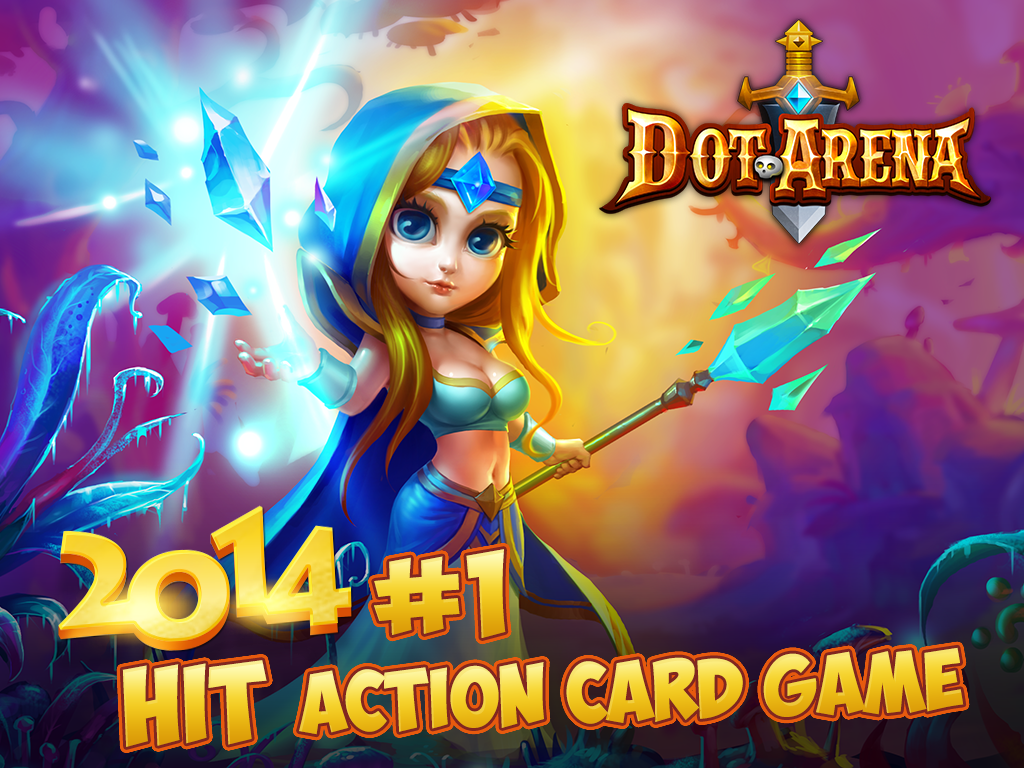 Key Features:
1 Unparalleled Heroes – With over 50 unforgettable, collectable heroes: melee sea sprites, agile archers and musketeers, powerful mages and magic summoners. One-touch skill releases each hero’s unique special ultimate skills in real-time battle. With simple and straightforward gameplay, this game is easy for any player to pick up, but with its deep strategy mechanics and hero combinations, it takes a true master to conquer the Arena!

2 Adventure Unique Survival-mode PvP – Adventure through Dot Arena’s unique survival PvP mode: the Crucible of Fire. Your heroes will be eliminated once they die in battle and only the surviving heroes can enter the next CoF battle.

3 Raid Dungeons – Challenge the Raid Dungeons and cooperate with your guild mates to beat monsters from different campaign chapters. You can also collect special raid dungeon loot to equip and upgrade your heroes.

4 Team Customization - in Dot Arena, there are Over 120,000 combinations of heroes, let alone equipment so it is up to you to select your team! Your skill, strategy, and lightning fast reactions will command your heroes in each battle to lead you to victory. If you don’t have the meta-friendly heroes, don’t worry, rentable Mercenary heroes in camp are waiting to be hired.

5 Energy and Experience – in Dot Arena, 60 free Energy is given 3 times a day to make sure player have enough energy to collect to battle. Also the Caverns of Time and Dojo are now updated with no cool down time to enable player explore these stages as he/she wishes, making the game a better experience for our fast paced players!
6 Dot Arena is free to play, and there is always abundant loot for players to collect and upgrade their heroes, in addition more items can be bought via in-app purchases. In Dot Arena, we have diamonds, arena coins, dragon scale coins, gladiator coins and brotherhood coins. These in-game currencies are all collectable for both paying and non-paying users in different stages and battles, and can be exchanged in different stores in the game for a variety of exciting items and even heroes.

WHAT’S NEW IN 2.1.4
· Bluetooth Battle - Regardless of which server players are playing, they are able to battle other nearby players via Bluetooth.
· Level cap increased to 90 and super-rare orange level equipment is now available for players to upgrade
· Prophecy Pond has been opened, adding new stronger monsters and rare equipment that drop as loot.
· Epic Arena - Players can now select a maximum 15 heroes to be arranged into 3 different teams to battle in a whole new arena.
· Intergallactic Merchant - Player can use excess Soulstones to exchange for better equipment in the Intergallactic Merchant along with a powerful hero - Jimmy!
· New heroes added: Akoni, Shaka, Blazer, Dawn and Jimmy