A+ A-
Print Email
War Commander: Rogue Assault is a balls to the wall, 3D combat strategy game that pits you against friend and foe alike. Build your fortress, research state of the art weapons, and destroy anything that stands in your way. Battle through a complex single player campaign, or take on rival Commanders in real time PvP battles to extend your empire far and wide. Think you've got what it takes? The world is up for grabs! 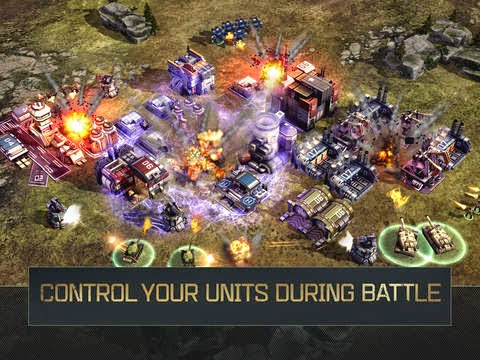 - War is not a cartoon. Battle using the world's first fully 3D mobile RTS engine
- Attack and defend with unique land and air units
- Units, buildings, and repairs never take more than 2 seconds
- Control your units in battle!
- Customize your base with different buildings and defenses

Dominate other players on the new tactical World Map! Send drones to find new targets and scout Metal and Thorium Deposits
Our new replay system lets you uncover the weak link in your defenses by watching how other players attacked your base