A+ A-
Print Email
They're as American as apple pie -- but peanuts and Cracker Jack will not be welcome at the ballpark Wednesday night in Indianapolis.
The minor league Indianapolis Indians baseball team is holding its first Peanut Allergy Awareness Night to bring attention to this increasingly common medical condition and make peanut-allergic fans feel welcome.
For one night only, Victory Field will not sell peanuts or any products that containing them, including Cracker Jack, peanut M&Ms and ice cream toppings. The team partnered with a group called Indy PoCHA, or Parents of Children Having Allergies, to organize the event. 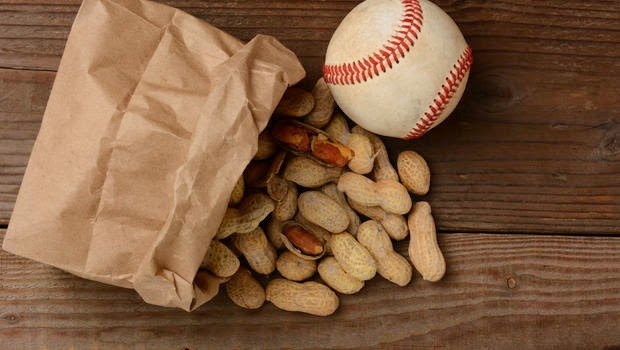 For one night only, there will be no peanuts or Cracker Jack at the Indianapolis Indians' Victory Field. STEVE CUKROV


The team says it "will make every reasonable effort to thoroughly clean the stadium, but cannot guarantee complete absence of peanut particles or residue," which could cause serious reactions in people with severe peanut allergies.
More than 30,000 bags of peanuts are sold at Victory Field in a typical season, the Indianapolis Star reports.
"We've received calls from fans over the years about not being able to come to the ballpark due to peanut allergy," Jon Glesing, Indians senior marketing and communications manager, told the paper. "Awareness for this is far from new in baseball, (but) we're finally at a point we can coordinate an awareness night."
About 3 million Americans are allergic to peanuts or tree nuts, and according to Food Allergy & Research Education the number of children in the U.S. with a peanut allergy more than tripled between 1997 and 2008.
© 2015 CBS Interactive Inc. All Rights Reserved.
Nhãn: Health-Science