Bull McCabe To Return In Field 2 – ‘The New Acre’

A+ A-
Print Email
REPRESENTATIVES for Bord Scannan na hÉireann have announced that a sequel to the much-loved 1990 drama “The Field” has been put into pre-production, with filming expected to begin in Galway later this year.
The Field, an adaptation of the John B. Keane play of the same name, was met with critical and financial success when it was released 25 years ago. Starring Richard Harris, Brenda Fricker and Sean Bean, the tale of an Irish farmer driven mad over his obsession with a small field garnered rave reviews and an Academy Award nomination for its leading man. 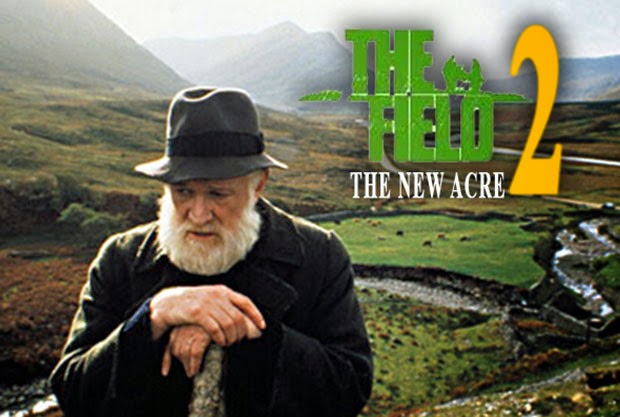 The sequel, provisionally titled Field 2 – The New Acre, will continue the story of the Bull McCabe following the tragic conclusion to the first movie. Brenda Fricker and John Hurt are expected to reprise their roles, with the late Richard Harris being replaced by his Dumbledore stand-in, Michael Gambon.
“We really felt that audiences wanted to see what happened Bull McCabe, last seen walking into the waves on the west coast,” said Liam Killian, the 25-year-old first-time director and son of IFB chief Graham Killian.
“So we decided to create this new movie, which we received funding for due to it being based on an existing, popular property. We’ve got a couple of my mates working on a script at the minute, based around Bull McCabe’s second field which wasn’t mentioned in the first movie, and his attempts to save it from another American investor, possibly played by Al Pacino. He’s really cheap these days!”
The sequel is expected to hit screens early next year, with rumours circulating it my be filmed back-to-back with a trilogy-capping third movie Field 3: Ploughing Time.
Nhãn: Entertainment