Buy banner here for $75/week
Home » Entertainment » Den Of Sin: The Tragic Tale Of What Happened To Zuppy

Den Of Sin: The Tragic Tale Of What Happened To Zuppy

A+ A-
Print Email
FOLLOWING the news that a new TV series featuring Irish TV veterans Zig & Zag had received a green light from RTÉ producers, a nostalgic public cast their minds back to the heady days of Ireland in the early nineties, when The Den was in its prime.
While RTÉ chiefs proudly trumpet the majority of the Den alumni, from the obvious success of the Zog-born twins to the Eurovision career of Dustin The Turkey, ask anyone out in Montrose as to the whereabouts of one Den member, and the air turns cold. 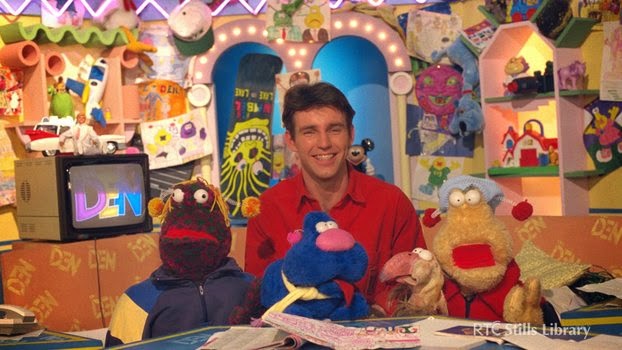 Little is known about the whereabouts today of Zuppy – Zig & Zag’s canine pal who joined the team shortly after their arrival on Earth. A divisive team member, the hyperactive young pup wreaked havoc on the set from the word go. While other members of the team would show up on time with their lines learned, Zuppy was known to arrive whenever he felt like it, often missing the early segments of the show which featured programmes for younger kids and drawings sent in from children around the country.
“He’d always said the same thing; ‘fuck that kiddy shit'”, revealed Ryan Tubridy, who worked on the programme as an intern when he was in his early 20’s.
“It was my job to sober him up and make him presentable, but even at that he would only come on set after five when Round The Twist was coming on. He said that the later slots better represented the edgier, teenage demographic, and they were ‘his audience’. It used to drive the other guys crazy.
“Ray D’Arcy went for him one day and threatened to pull his fucking Zogabongs off”.
Tubridy’s claims are backed up by Bláthnaid Ní Chofaigh, who cleaned Zuppy’s kennel for years before her big break.
“The place was a mess,” sobbed Ní Chofaigh, still visibly damaged by her experience. “You could see that Zuppy was in a bad place; there was drug paraphernalia all over his kennel. Pornography, bottle after empty bottle… I don’t know how he was able to stand, let alone perform for children”.
Although hushed up by RTÉ at the time, it is widely believed that Zuppy’s wild-boy persona cost him a place in the big time, after Channel 4 refused to hire him along with Zig & Zag when they were casting for The Big Breakfast, leaving us with the question: where is he now?
Nhãn: Entertainment