A+ A-
Print Email
The FAI have confirmed that Martin O’Neill and Roy Keane will take charge of the Irish national team bringing an end to weeks of speculation.
FAI chief John Delaney has given numerous interviews this morning to Denis O’Brien-owned media outlets, discussing in some detail the specifics of the deal. 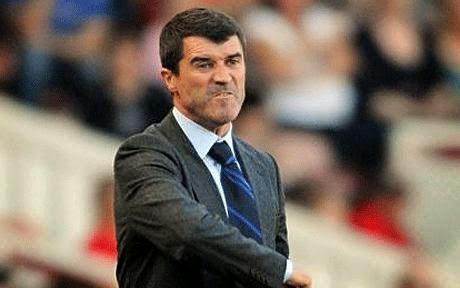 “Obviously we’re delighted to have both Martin and Roy on board,” Delaney shared with Newstalk’s Pat Kenny earlier today. Rumours that O’Neill and his management team will cost the FAI in excess of €2.5 million were dismissed by Delaney who chose instead to discuss how the FAI hope to accommodate Irish footballing hero/villain Roy Keane.
“Roy comes with a well earned reputation of talent and hard work but also that of a fucking looper so we’ve made some changes in-house as it were,” Delaney shared, “we’ve purchased over 1,000 stress balls and we have a dedicated crisis management team which will be available around the clock 24/7.
“We also big on people sharing their feeling and emotions so as to better resolve any disputes”.
It is believed that leading figures in conflict resolution who have previously worked in Iraq, Bosnia and beyond have offered their services should the need arise.
Delaney took the opportunity during his media blitz to reassure the doubting fans. “We at the FAI fully expect this combination to work but just in case it doesn’t there is a small fund of €500,000 set aside for anger management classes, not singling out anyone in particular obviously.”
Delaney would not be on reports that a number of current and future Irish footballers have retired prematurely out of a very rational fear of Roy Keane. “Look, I won’t comment on that, and no Robbie Keane didn’t wet the bed on hearing Roy was back I honestly don’t know where these rumours start”.
Nhãn: Sport