A+ A-
Print Email
FANS of the hugely popular movie franchise Fast & The Furious are said to outraged by the lack of action and car chases in the franchise’s latest iteration Fast & Furious 7.
A crowd of angry fans in Dublin’s city centre are said to have left a screening of the film at its halfway point demanding a refund as the latest installment starting Vin Diesel, Dwayne Johnson and Paul Walker only contained 238 car chases. 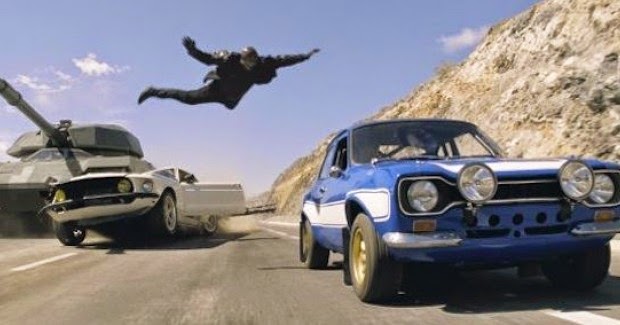 “Eh if I wanted to go see the sequel to Marry fuckin’ Poppins I would,” explained irate cinema goer Andy McGarrigle, “had to wait eight fuckin’ seconds for that first car chase, bored off me tits I was”.
“That bit where the cars jump out of the plane with parachutes was deadly, but that three seconds it took them to reach the ground was excruciatingly slow,” added fellow cinema goer John O’Flynn, “bit disappointed as well with that scene that had the women all covered up with clothes”.
While the movie’s director James Wan has yet to answer charges made by fans, he had conceded in an earlier interviews that the character driven movie had dropped its signature wall-to-wall car chases in favour at least one scene of nuanced dialogue.
Among the paltry 238 car chase scenes in the movie are uninventive set pieces involving a beluga whale strapped to a motorcycle and an explosion exploding inside another explosion.
There was some good news for the promoters of the movie however as it is reported that a Cork teenager, just one week shy of his 17th birthday, died from an adrenaline rush as he watched the film in his local cinema.
Nhãn: Entertainment