A+ A-
Print Email
It’s taken decades of development and cost hundreds of millions of dollars to fund, but the results are finally in for the first malaria vaccine ever to have reached phase 3 trials. Tested on thousands of infants and children across seven sub-Saharan countries, the RTS,S vaccine “prevented a substantial number of cases” of malaria over the four-year trial period. It was found to be most effective against malaria among children compared with young infants.
Using randomized trials, and funded by GlaxoSmithKline (GSK) and the PATH Malaria Vaccine Initiative, the researchers enrolled over 15,000 infants and children. After 18 months, the number of clinical cases of malaria—those cases confirmed by a doctor—was reduced by 46% amongst children and by around 27% in young infants. But the protection offered by the vaccine waned over time, despite some being given booster shots. 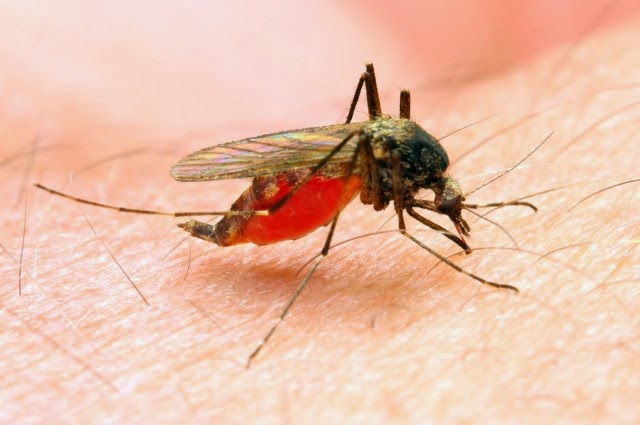 Amongst those who received the three doses of RTS,S plus a booster shot, the number of cases of clinical malaria four years later was reduced by just over a third (36%), a drop in effectiveness from the 50% seen in the first year. The RTS,S vaccine and booster shot were slightly less effective in young infants, providing them with no statistically significant protection against the disease.
A reduction of infection by only a third might not seem like much of a success, but as Brian Greenwood, corresponding author and professor of clinical tropical medicine at the London School of Hygiene and Tropical Medicine, explains, "Given that there were an estimated 198 million malaria cases in 2013, this level of efficacy potentially translates into millions of cases of malaria in children being prevented."
The study, published in The Lancet, reported that over three years of follow-up, an average of 558 cases of malaria were averted for every 1,000 infants vaccinated. Among those also given the booster dose, an average of 983 additional cases were prevented. With over half a million deaths caused by malaria every year in Africa alone, the figures soon stack up.
"We finally have in our sights a candidate vaccine that could have a real impact on this terrible disease that affects many children during their first years of life," said Dr. Kwaku Poku Asante, a principle investigator in the RTS,S trial. "The large number of children affected by malaria, sometimes several times per year, means that this vaccine candidate, if deployed correctly, has the potential to prevent millions of cases of malaria."
The vaccine specifically targets the Plasmodium falciparum species of malaria, which is the most dangerous and prevalent form in sub-Saharan Africa, killing around 1,300 children a day. Made from proteins found on the parasite's surface, the vaccine works by encouraging the patients' own immune system to attack the malaria before it is able to enter the liver where it can mature.
There is currently no licensed vaccine against malaria anywhere in the world, and the researchers are now waiting on the European Medicines Agency (EMA) to analyze the data from the trial. If they give it a favorable review, the World Health Organization could recommend the use of RTS,S by as early as this October, and the vaccine could then be rolled out through African national immunization programs. If approved, GSK has committed to making the vaccine available at a not-for-profit price.
Nhãn: Health-Science