A+ A-
Print Email
SOME fucking hero at a house party knows how to play Johnny Cash’s Folsom Prison Blues on guitar, he horrifically revealed after finding the instrument upstairs in some bedroom.
Conor Tracey, apparently of no fixed oboe, began fine tuning the six string shortly after 04:35am Saturday morning, much to the absolute disgust of everyone on the bang. 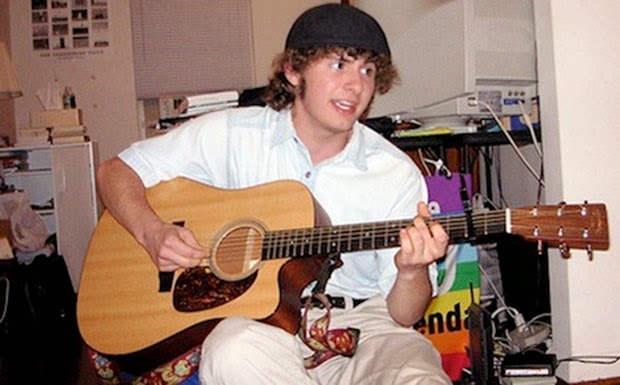 “Nice action on this lads,” started the 23-year-old, as dance music enthusiasts moved to the kitchen with the stereo. “Anyone know a bit of Cash?”
“Ah man, he’s a fuckin’ ledge,” said dedicated joint roller Thomas Hackett, who was busy top-loading a three skinner for party host Darren Jacobs.
“I hear the train a coming,” Mr. Tracey whispered while strumming the chords lightly. “Does anyone have a capo lads?”
Following a failed half-arsed search by some lad beside the fireplace, the father-of-none was forced to begin his party piece in a lower key than normal.
“I hear the train a comin’ it’s rolling round the bend. And I ain’t seen the sunshine since I don’t know when, I’m stuck in Folsom prison, and time keeps draggin’ on but that train keeps a rollin’ on down to San Antone…” he sang, unaware his audience were one-by-one joining the others in the kitchen “When I was just a baby my mama told me. Son, always be a good boy, don’t ever play with guns. But I shot a man in Reno just to watch him die. When I hear that whistle blowing, I hang my head and cry…”.
By the middle of the second verse, Tracey realised his plan to rid the sitting room of people had worked, and reclaimed the couch for himself before stealing a nice can of ice cold Bulmers from the mini-fridge.
“Wonderwall, if they come back,” he thought as he patted the guitar like a pet. “Works every time”.
Nhãn: Lifestyle