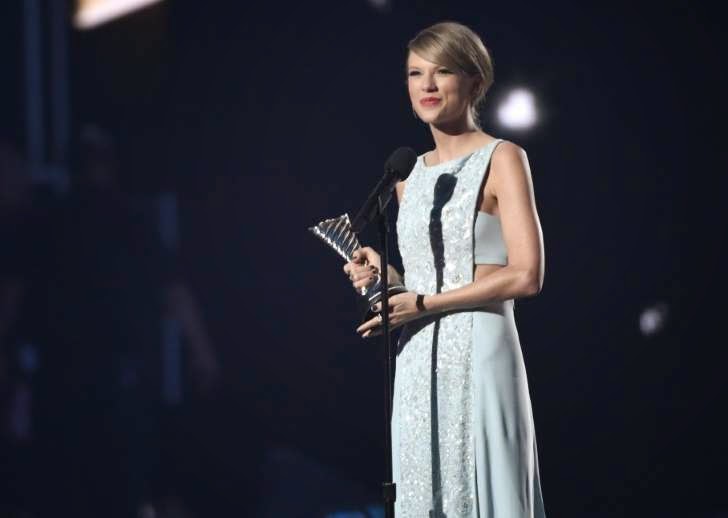 In a fairly blatant attempt to drive ratings to its broadcast on Sunday night, the Academy of Country Music Awards announced it would present Taylor Swift with a Milestone Award. The honor, coinciding with the 50th anniversary of the ACMs, was given to seven artists who made a major impact in the genre.


Swift, of course, is award show gold — her gif-ready awkward dancing and promise of millions of fans tuning in make her irresistible to TV ceremonies. That’s why it was a devastating blow when Swift gently broke the news to Nashville last August that after a wildly successful run in the country genre, she was officially transitioning into the pop world with her new album, “1989.”
While country radio and the genre have largely come to terms with a lack of Swift on the airwaves and sales charts, award shows are having a little trouble letting go. (Understandable, given what Swift can do for the ratings.) Thus, her win for the Milestone Award. Not to mention she was also nominated for Female Vocalist of the Year at the Country Music Association Awards last fall. She also won the elusive Pinnacle Award at the CMA Awards in 2013; before she officially left country music, but there were signs on her pop-heavy “Red” album that she was moving in a different direction.

© Cooper Neill/Getty Images for dcp Taylor Swift accepts the Milestone Award from her mother during the 50th Academy Of Country Music Awards at AT&T Stadium on April 19, 2015 in Arlington, Texas. Like any break-up, you need true closure. And Swift played the ACMs on Sunday perfectly, as she accepted her award and graciously thanked the industry while firmly saying a final goodbye — seriously, for real this time.
“Somebody once told me that you truly see who a person is when you tell them something they don’t want to hear. You truly see who a person is when you give them news that they weren’t expecting,” Swift said to the thousands of screaming fans in the crowd at AT&T Stadium in Arlington, Texas. “And so to the country music community, when I told you that I had made a pop album and that I wanted to go explore other genres, you showed me who you are with the grace you accepted that with. I will never forget it.”
She continued: “I’m so happy, so happy I learned to write songs in a town like Nashville. I’m so grateful that I learned what hard work is from my heroes who are all sitting here. And I’m so unbelievably proud that I learned to treat people with kindness and respect from country music. I love you so much.”
Swift ended with a plug for her “1989” world tour that kicks off next month — and with that, it appears Swift will officially close the door on her time in Nashville. It will likely serve as a last bit of closure in front of the country audience as a whole group, especially because she didn’t show up for the CMA Awards last November despite her nomination.
But even Swift knew she had little choice in the matter for the ACMs. The Milestone Award was also presented on Sunday to fellow industry heavyweights including Garth Brooks, George Strait, Reba, Brooks & Dunn, Miranda Lambert and Kenny Chesney. Given that her ascension from singer-songwriter to international superstar all started because of her launch in country music, it would have been awkward if she didn’t show up. And Swift is nothing if not supremely image savvy.
In addition to her award, Swift was also a camera favorite. She did her standard dancing-and-singing-along to every song, and the producers tried to soak up every minute.
She didn’t take up a performance slot. In fact, she was the only Milestone winner who didn’t perform. Instead, the show ran a long video clip highlighting her many, many ACM achievements (Entertainer of the Year trophies, memorable performances over the years). In an incredibly emotional moment, Swift’s mother, Andrea Finlay — whom Swift recently shared is battling cancer — appeared to introduce her daughter before she accepted the trophy.
“Like many of you out there tonight with children of your own, I am a very proud mom,” Finlay said. “So I’d like to thank the ACMs for honoring her in this way — but I’d also like to thank the entire music community for taking such good care of her.”
Nhãn: Entertainment