A+ A-
Print Email
Iraqi soldiers surrounded and entered the country's biggest oil refinery Saturday, which has been besieged for days by Islamic State militants, a senior official said. 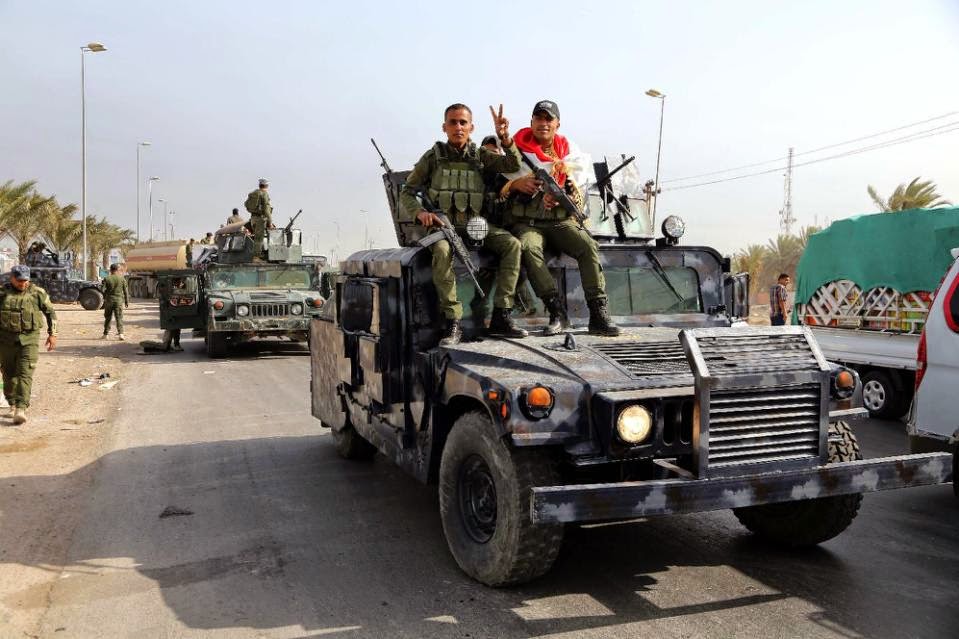 The refinery at Beiji, some 250 kilometers (155 miles) north of Baghdad, has been held by the Iraqi military for months despite the militants' onslaught. Holding it remains crucial for the country, as it accounts for a little more than a quarter of the country's entire refining capacity.
Abdel-Wahab al-Saadi, the top military commander in Iraq's Salahuddin province, said ground forces entered the refinery Saturday, days after a number of Islamic State militants carried out a large-scale attack and briefly took over a small part of the sprawling complex.
"It is another victory achieved by Iraqi security forces that are growing confident in the war against the terrorists," al-Saadi told The Associated Press.
A day earlier, Iraqi soldiers, backed by U.S.-led coalition airstrikes and Shiite and Sunni, gained control of the towns of al-Malha and al-Mazraah, located 3 kilometers (1.9 miles) south of the refinery.
On Saturday, Kurdish peshmerga forces recaptured two villages just south of the oil-rich city of Kirkuk that lie near the highway linking it to Baghdad, said Rasould Omar, a senior official in the Patriotic Union of Kurdistan.
Meanwhile, the Turkish Foreign Ministry said in a statement late Friday that two of the dead in the bombing near the U.S. Consulate in Irbil are believed to be Turks. The bombing killed three people. U.S. officials said there were no American casualties.
In separate violence Saturday, police said a bombing on a commercial street killed three persons and wounded 10 in central Baghdad. A roadside bomb missed a police patrol in the capital's western suburbs, killing one civilian and wounding three, officers said.
Police said a sticky bomb attached to a minibus also exploded in Baghdad's southeastern district of New Baghdad, killing three passengers and wounding seven.
Medical officials confirmed the casualties. All officials spoke on condition of anonymity because they were not authorized to talk to journalists