A+ A-
Print Email
A video purportedly made by Islamic State and posted on social media sites on Sunday appeared to show militants shooting and beheading about 30 Ethiopian Christians in Libya. 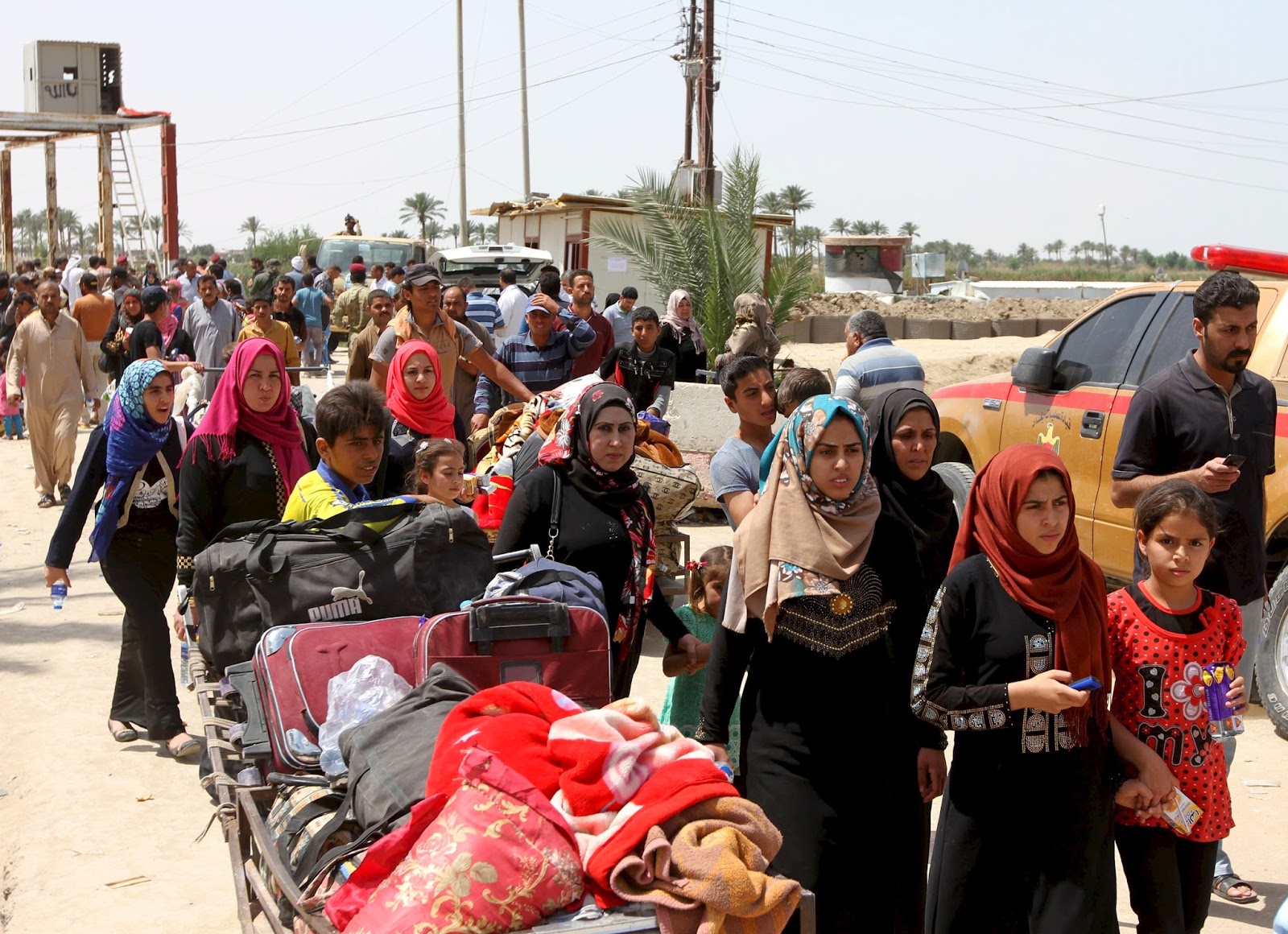 Displaced Sunni people, who fled the violence in the city of Ramadi, arrive at the outskirts of Baghdad, April 18, 2015. Iraqi security forces fought Islamic State militants at the gates of the western city of Ramadi on Friday. Photo: Reuters

Reuters was not able to verify the authenticity of the video but the killings resemble past violence carried out by Islamic State, which has expanded its reach from strongholds in Iraq and Syria to a conflict-ridden Libya.
The video, in which militants call Christians crusaders and say they are out to kill Muslims, showed about 15 men being beheaded on a beach and another group of the same size shot in their heads in scrubland.
Both groups of men are referred to in a subtitle as "worshippers of the cross belonging to the hostile Ethiopian church".
Libyan officials were not immediately available for comment.
A senior Ethiopian official said the government was gathering information about the reported killings and would respond when it had more details. He said Ethiopia had no embassy in Libya, making it more difficult to verify the incident.
Militants professing loyalty to Islamic State have claimed several high-profile attacks on foreigners in Libya this year, including an assault on the Corinthia Hotel in Tripoli and the beheading of 21 Egyptian Christians in February.
The killings of the Egyptians prompted Egyptian President Abdel Fattah al-Sisi to order air strikes on Islamic State targets in Libya.
In the latest video, a man dressed in black clutching a pistol stood behind some of the victims.
"Muslim blood shed under the hands of your religions is not cheap," he says, looking at the camera. "To the nation of the cross: We are now back again."
The video concludes with a warning that Christians will not be safe unless they embrace Islam or pay protection money.
Islamic State controls large parts of Iraq and Syria and wants to redraw the map of the Middle East.
It is not clear how many fighters it has in oil-producer Libya.
Egyptian security officials estimate thousands of militants who share Islamic State's ideology moved from the Sinai Peninsula to Libya after the army toppled President Mohamed Mursi of the Muslim Brotherhood in 2013.