A+ A-
Print Email
AS the Nation eagerly anticipates Ireland’s crunch 6 Nations clash with Wales this Saturday, WWN has all the latest from Ireland’s training camp.
Sexton has for much of this year’s championship displayed world class game management, but having limped off against England two weeks ago, there was a very real fear he may not be fit for what could be a Championship decider against the Welsh. 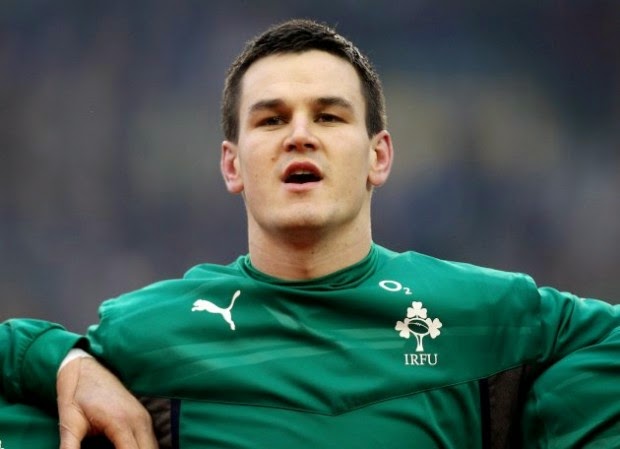 Today WWN can exclusively report from inside the Irish rugby set up to confirm Sexton will start against Wales and has taken on untold amounts of extra gym work in order to reach match fitness.
“We pushed him earlier on in the week but we gave him yesterday off only to find him down in the weights room first thing,” Ireland physio Dan Cosgrove told WWN.
“When I saw him trying it I just thought ‘there’s no way he’s fucking lifting that, the size of it’, but that’s his dedication down to a tee really,” explained fellow Irish rugby player Rob Kearney.
“He’s wouldn’t be lifting the biggest weights out of everyone in the squad but there he was bench pressing the Nation’s expectation, just lifting it right off him, no bother,” Cosgrove added.
Close to 6 million people on the island of Ireland have been living vicariously through the courage, tenacity and skill of the Irish rugby team in recent weeks, with the spotlight fixated on Johnny Sexton as the number 10 continues to excel.
The weight of everyone’s expectations varies week to week, but it is currently thought to be in the regions of 64 million tonnes.
“Wednesday is normally a day reserved for the squad to rub Paul O’Connell’s head for good luck but Johnny was at the weights again,” explained conditioning expert Noel Cummings.
“Rubbing Paul’s head takes about an hour in total but what with the public waiting anxiously to hear if Johnny will be fit or not, I think he wanted to make sure he could handle those weights,” Cummings added.
The remaining week for much of the Irish squad will be spent in the dream’s of die hard rugby fans, which will vary from the erotic, homoerotic to the down right dirty in nature.
Nhãn: Sport