A+ A-
Print Email
A COUNTY Waterford man told the local district court today that he suffered from recurring nightmares and anxiety attacks for months after his “so-called-friends” abandoned him at Egan’s bar on Saturday the 6th of November last year.
Mr. Colm Hogan, with an address in the city centre, told Judge Cormac Casey that James Haley, Peter Roche and Thomas Durney left him in the busy pub at 22:47pm that night for 23 minutes, to fend off fellow patrons from stealing their seats. 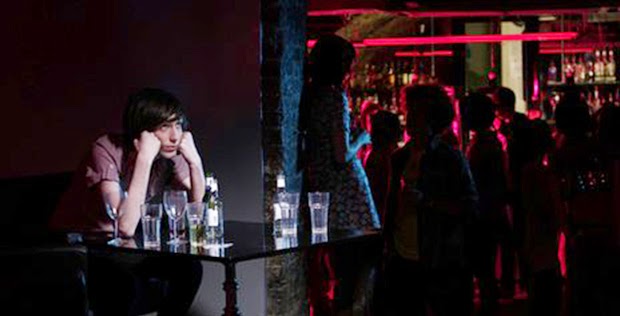 Hogan claims the incident caused him undue stress and trauma, leaving him unable to work for the past five months, and losing him €10,678 in earnings and another €3,400 on psyciatric treatment.
“They said they were going for a smoke and would be back in five minutes,” recalled the 27-year-old brick-layer. “But it was all lies.”
“After around twelve minutes I realised I was in trouble,” he continued. “The place was black and people in the pub were staring at me sitting at the empty table; judging me. At least three people asked if the seats were taken. I tried distracting myself with my phone, but it didn’t stop everyone looking at me. Even the band was staring. They must have thought I was crazy sitting there on my own with so many seats and drinks.”
Solicitor for the three men Tadhg Hackett defended their lengthy smoke break, stating that there were several “fine looking birds out in the smoking area” at the time and they simply decided to spark up another cigarette.
Judge Casey said he understood the nature of the extended cigarette break but could not defend it as they had already verbally agreed with Mr. Hogan that they would be back in five minutes – not the additional 18 minutes he ended up waiting for.
Mr. Hogan’s solicitor Ger Benning told the court that his client was cowering under several jackets by the time the three men arrived back from the smoking area and had to leave the establishment almost immediately for some medical attention.
Judge Casey accepted this and requested that all three men to pay the maximum €5,000 each as compensation to Mr. Hogan.
Nhãn: Lifestyle