A+ A-
Print Email
REPORTS are coming in that suggest a man working in a prominent Dublin IT firm will use a new word he learned recently approximately 700 times over the course of the day.
Niall Russell, 34, will spend the day oaring the word ‘copacetic’ into as many sentences as he can after hearing a character on a TV show say it the night before. 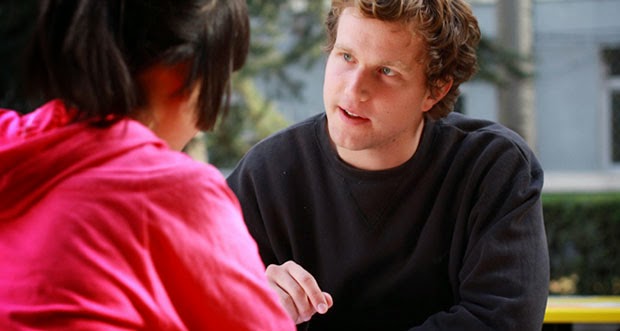 Russell immediately looked up the word and learned that it meant ‘excellent’ or ‘really good’, and set about using it to describe more or less everything he encountered.
Things thus far described by Russell as ‘copacetic’ include: his bus journey to work, the sleep he had last night, Kanye West’s latest song, and a Twix he had at little break.
His co-workers at Tech-No IT were initially bemused by his constant use of the phrase, and this bemusement evolved into annoyance and eventually anger as the day progressed.
“I had to look the word up myself, if I’m honest,” said Hanna Egan, who shares a desk with Russell and has heard him say ‘copacetic’ 37 times in the last hour alone.
“When he’s on the phone to clients, everything is copacetic. When he’s heading for lunch, he want’s to go somewhere really copacetic. If I hear him say copacetic one more time I’m going to copa-kick his fucking teeth in”.
In a recent development, Russell received an e-mail from HR stating that he really needs to knock this ‘copacetic’ shit off.
Nhãn: Lifestyle