A+ A-
Print Email
COMMUNITY SHIELD victors Manchester United are to step up their chase for a midfielder, any midfielder, by placing bids on almost every professional footballer that is not already at the club.
Rumours circulating in the press suggest Moyes has taken to printing off a list of names, closing his eyes and then just randomly plonking his finger on the page and then promptly saying “Yeah I guess he’ll do”. 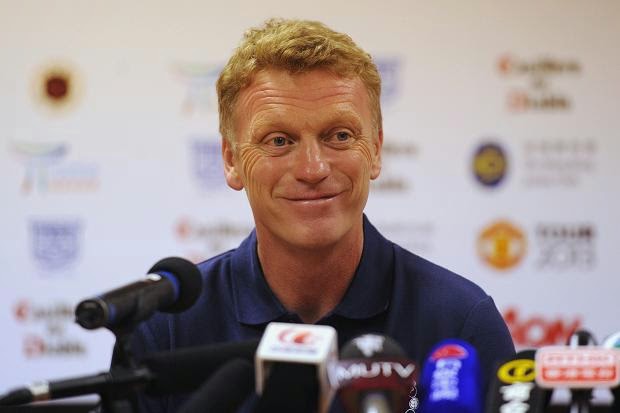 The use of these more unconventional methods have come to light following the Manchester club’s failure to lure Cesc Fabregas away from the FC Barcelona.
Manchester United, one the leading clubs in World football, have struggled to create the conditions where they can simply pay another club a sum of money in exchange for a very good central midfielder.
It has been well documented in the media that this method has become stale and unrewarding hence United’s more unconventional approach. One potential beneficiary from this new approach could be 17 year-old retail assistant Callum Richards who encountered an enthusiastic David Moyes this morning.
“He was in buying a long black coat to ‘be more like Alex’ and just sort of asked did I want to play in the middle of the park for his team, he looked well depressed,” explained young Callum, “so I said I’d have a think about it but by the time I got home they’d lodged a bid but me Mum rejected it as she reckons they could afford to pay more”.
WWN sports desk has learned of one professional footballer who has taken to getting on stilts, throwing his elbows wildly and wearing a comical black afro in the hope of gaining the attention of the United manager.
United fans have grown discontent and fear they may go another season without upgrading personnel in the centre of the pitch.
News of a different method of attracting players was met with anger by head of the Red Devils supporters club John Reynolds.
“This is the exact method we used to sign Bebe and look how that turned out for us. Moyes and co. need to get the finger out before we’re in danger of begging Keiron Dyer to come out of retirement to join us”.
Nhãn: Sport