Meet 3 kids alive today thanks to a 3D printer

A+ A-
Print Email
A 3D printer saved the lives of three baby boys with the same life-threatening condition, their doctors report in the latest issue of Science Translational Medicine.
Kaiba Gionfriddo was six weeks old when he turned blue because his lungs weren't getting enough oxygen. He was diagnosed with a terminal form of tracheobronchomalacia, a medical condition that causes the windpipe to periodically collapse and prevents normal breathing. With no cure and a low life expectancy, doctors told his mother April he may not make it out of the hospital alive. 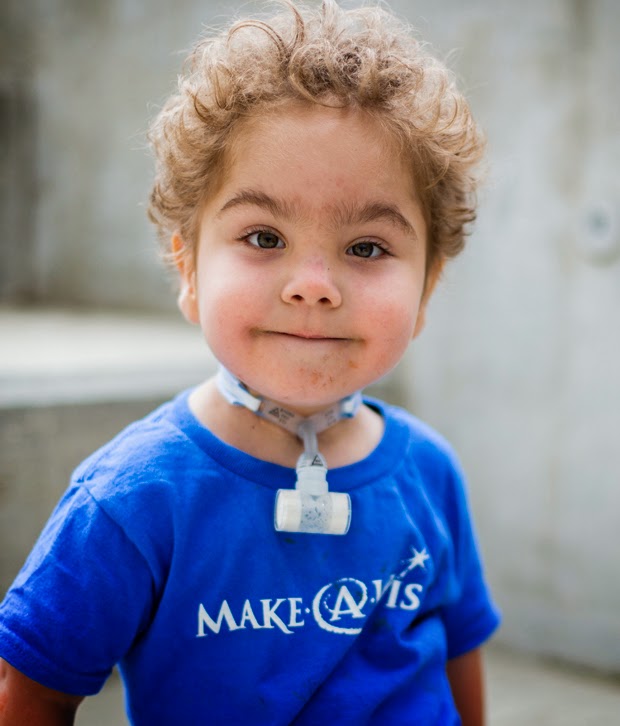 Kaiba was one of the three babies who became the first in the world to receive 3D-printed devices that helped keep their airways open so they could breathe properly, thus saving their lives. "These cases broke new ground for us because we were able to use 3D printing to design a device that successfully restored patients' breathing through a procedure that had never been done before," Glenn Green, MD, an associate professor of pediatric otolaryngology at the University of Michigan's C.S. Mott Children's Hospital, said in a statement.
Tracheobronchomalacia affects about 1 in 2,000 children around the world, according to the doctors, and renders them unable to fully exhale. Using a 3D printer, Green and his colleagues were able to create and implant a customized splint around the airways of the three boys to expand the trachea and bronchus. This 3D printed device is made to change shape over time as the children grow, and eventually be reabsorbed by the body as the condition is cured.
The findings in the report suggest that this early intervention may prevent complications of conventional treatment of tracheobronchomalacia such as a tracheostomy, prolonged hospitalization, mechanical ventilation, cardiac and respiratory arrest, food malabsorption and discomfort.

Kaiba was the first to receive the implant three years ago and his doctors report that the splint has degraded and he appears to be disease-free. "Before this procedure, babies with severe tracheobronchomalacia had little chance of surviving," Green said. "Today, our first patient Kaiba is an active, healthy 3-year-old in preschool with a bright future. The device worked better than we could have ever imagined."
Two other children have also had success with the device.
Garrett Peterson received one a the age of 16 months. Garrett spent the first year of his life in hospital beds tethered to a ventilator, being fed through his veins because his body was too sick to absorb food.
Since receiving the device, he has not shown signs of any complications and is leading a normal life, able to breathe properly, doctors say.
Ian Orbich's condition was so grave that his heart stopped before he was even six months old. He received a customized 3D-printed splint and is now doing well at the age of 17 months.
Green and his colleagues received emergency clearance from the FDA to do the procedures. While these three cases appear to be a huge success, the doctors noted that this technology will take time to put into widespread practice. "The potential of 3D-printed medical devices to improve outcomes for patients is clear, but we need more data to implement this procedure in medical practice," Green said. The authors also acknowledge that potential complications of the procedure may not yet be evident.
Yet if you ask Kaiba's mom, April Gionfriddo, the procedure was nothing short of a miracle. "The first time he was hospitalized, doctors told us he may not make it out," she said in a statement. "It was scary knowing he was the first child to ever have this procedure, but it was our only choice and it saved his life."
© 2015 CBS Interactive Inc. All Rights Reserved.
Nhãn: Health-Science