A+ A-
Print Email
Rescuers dug with their bare hands and bodies piled up in Nepal on Sunday after an earthquake devastated the heavily crowded Kathmandu Valley, killing more than 2,200 people, and triggered a deadly avalanche on Mount Everest. 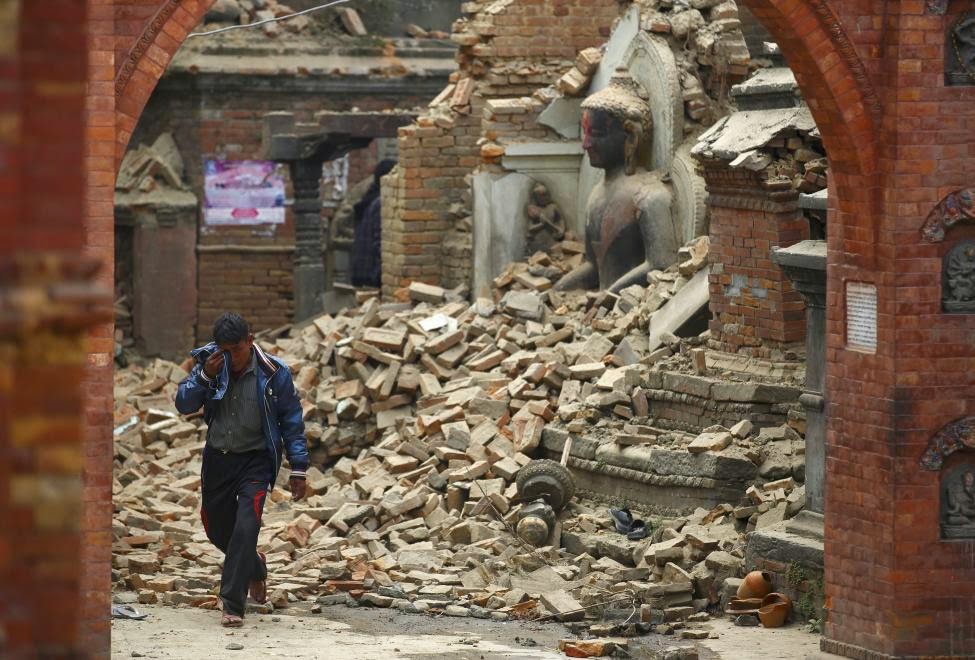 A man cries as he walks on the street while passing through a damaged statue of Lord Buddha a day after an earthquake in Bhaktapur, Nepal April 26, 2015.

A big aftershock between Kathmandu and Everest unleashed more avalanches in the Himalayas. In the capital, hospital workers stretchered patients out onto the street to treat them as it was too dangerous to keep them indoors.