New Neighbours Probably Arseholes, Not Worth Introducing Yourselves

A+ A-
Print Email
YOUR decision not to introduce yourselves to your new neighbours is probably the right one, agrees everyone.
Basing the decision on the fact that they are probably arseholes, you and your girlfriend chose to stare at them by peaking through the curtains rather than going through the effort of introducing yourselves. 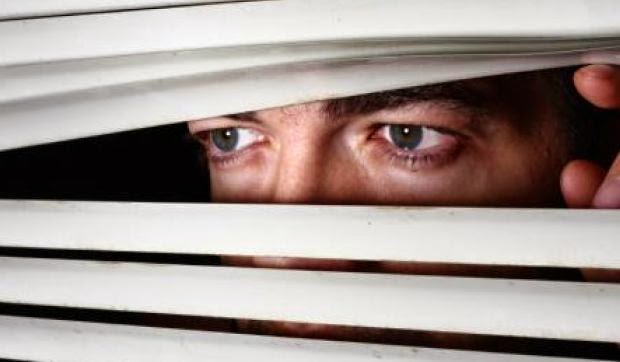 “No, you go out, you’re better with strangers. You’re the chatterbox,” you told your partner before shouting at her to come back when she went to go out and greet them.
“Nah, you’re grand. Stay put. Just look at your man there and his haircut, they’re definitely arseholes,” you continued before ducking behind the couch after accidentally making eye contact with them.
In a modern world, where increasing social isolation occurs, you have admitted it is hard to find people in your area who are not judgmental, ignorant and all round arseholes.
“Oh, look it there, at the number plate. It’s a 151 reg. What sort of arse can buy a new house and car in the same year. Over-stretching themselves I’d say, lost the head altogether,” you added, careful to remain behind your sitting room curtains and out of view this time.
Despite your girlfriend stating on several occasions how great it would be to have friends in the area, her opinion changed drastically as your new neighbours continued to move their furniture in.
“She hardly needs to be wearing the yoga pants and the sports bra to lug in that couch. They barely fit her as well,” your girlfriend observed.
“Fuck sake. What if they call over to introduce themselves, we’ll have to talk to them,” she added before you correctly pointed out that if you switched off the lights and hid behind the couch they would have no way of knowing you were home.
Nhãn: Lifestyle