Pope OKs resignation of US bishop for not reporting abuse 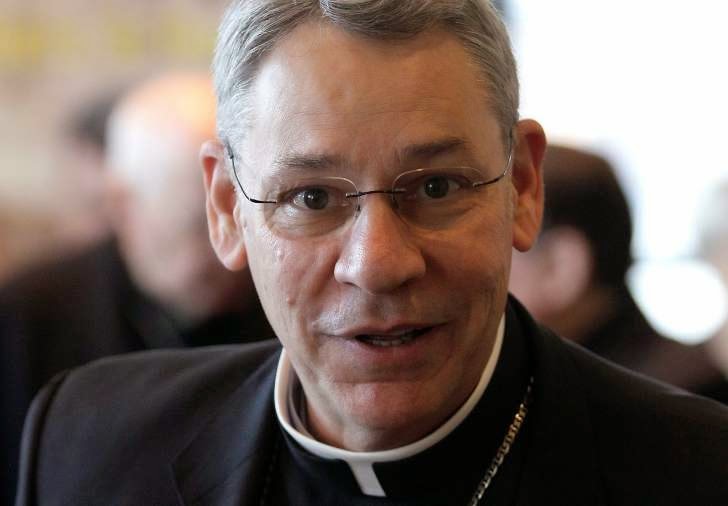 © AP Photo/Patrick Semansky, File FILE - In this Nov. 14, 2011 file photo, Bishop Robert Finn, of Kansas City, Mo., leaves a meeting at the United States Conference of Catholic Bishops' annual fall assembly in Baltimore. Pope Francis has accepted the…
VATICAN CITY — Pope Francis on Tuesday accepted the resignation of a U.S. bishop who pleaded guilty to failing to report a suspected priestly child abuser in the first known case of a pope sanctioning bishops for covering up for pedophiles.

The Vatican said Tuesday that Bishop Robert Finn had offered his resignation under the code of canon law that allows bishops to resign early for illness or some "grave" reason that makes them unfit for office. It didn't provide a reason.
Finn, who leads the Diocese of Kansas City-St. Joseph in Missouri, waited six months before notifying police about the Rev. Shawn Ratigan, whose computer contained hundreds of lewd photos of young girls taken in and around churches where he worked. Ratigan was sentenced to 50 years in prison after pleading guilty to child pornography charges.
Finn pleaded guilty to a misdemeanor charge of failure to report suspected abuse and was sentenced to two years' probation in 2012. Ever since, he has faced pressure from local Roman Catholics to step down, with some parishioners petitioning Francis to remove him from the diocese.
No U.S. bishop has been removed for covering up for guilty clergy.
Finn remains the highest-ranking church official in the U.S. to be convicted of failing to take action in response to abuse allegations. The Vatican's failure to sanction or remove him had fueled victims' complaints that bishops were continuing to enjoy protections even under the "zero tolerance" pledge of Francis.
Even Francis' top sex abuse adviser, Cardinal Sean O'Malley, had said publicly that Francis needs to "urgently" address Finn's case, though he later stressed that Finn deserved due process and must be spared "crowd-based condemnations."
The Vatican last fall sent a Canadian archbishop to Finn's diocese as part of his an investigation of his leadership. But until Tuesday, there had been no word about what the pope would do.
Finn's resignation comes as Francis is facing similar pressure to remove a Chilean bishop, Juan Barros, amid an unprecedented outcry over his longtime affiliation with Chile's most notorious molester, the Rev. Fernando Karadima.
Karadima's victims say Barros witnessed their abuse decades ago. He has denied knowing anything until he read news reports of Karadima's crimes in 2010. The Vatican has defended the appointment. Karadima was sanctioned by the Vatican in 2011 for sexually abusing minors.
Earlier this month, members of the pope's sex abuse advisory commission came to Rome in an unscheduled session to voice their concern about Barros.
O'Malley subsequently told the pope that the Vatican must come up with "appropriate procedures and modalities to evaluate and adjudicate cases of 'abuse of office'" when bishops fail to protect children.