A+ A-
Print Email
Currently, the prognosis for pancreatic adenocarcinoma, the most common form of cancer affecting this enzyme secreting organ, is not great. Despite accounting for roughly 85% of diagnoses, the survival rate is a mere six months, and the improvements caused by therapies are measured in just days.
A new study has, however, shown that pancreatic adenocarcinoma cells can be coaxed to revert back to normal cells—a discovery that could possibly lead to new treatment therapies. The research was carried out in a collaborative effort between Sanford-Burnham, UC San Diego, and Purdue University, and published last week in the journal Pancreas. 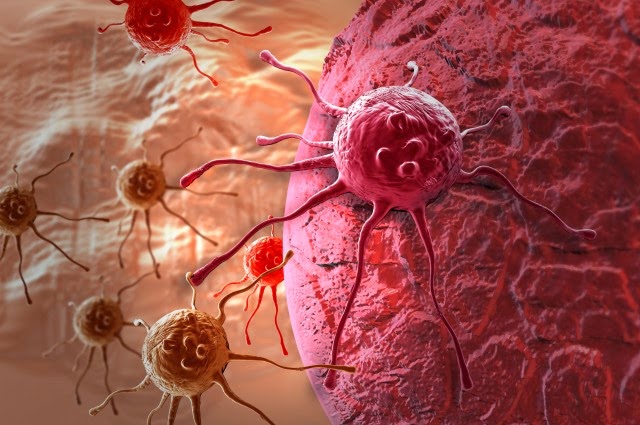 "For the first time, we have shown that overexpression of a single gene can reduce the tumor-promoting potential of pancreatic adenocarcinoma cells and reprogram them toward their original cell type," said Pamela Itkin-Ansari, an adjunct professor at Sanford-Burnham and author of the study. "Thus, pancreatic cancer cells retain a ‘genetic memory’ which we hope to exploit."
The team started off by growing human pancreatic cancer cells in the lab, and then inducing them to produce more of a protein called E47. This protein binds to a specific sequence of DNA that controls the genes involved in growth and differentiation. As a result, the cells stalled in their growth phase and began to revert back to non-cancerous cells. They were then able to take the reprogrammed cancer cells and introduce them into mice, where their ability to form tumors was greatly reduced.
The main reason that pancreatic cancer has such a poor prognosis and low survival rate is because it is typically diagnosed at a late stage. This means that by the time it's found, it is often too late for treatment to be effective, and it has likely already spread to other parts of the body. This is due to the fact that the most common symptoms that result—weight loss, abdominal pain, and jaundice—usually only occur after the tumor is a significant size. Another aspect is that the nature of the tumor cells is one that is incredibly aggressive, able to hide out and spread rapidly.
Patients with pancreatic adenocarcinoma are currently treated using so called "cytotoxic agents" that work by killing or interfering with some aspect of how the cancer cells divide and multiply. The medicine works best on cells that rapidly divide. Since, in general, cancerous cells divide at a much higher rate than normal body cells, they are normally predominantly affected. However, the treatment is not perfect as there are some types of normal body cells, such as bone marrow, which also divide rapidly and are thus unintentionally targeted, leading to side effects.
The researchers hope that their discovery could lead to a new therapy for pancreatic cancer that would subvert these problems. "The finding that we can differentiate these cancer cells back to a non-threatening phenotype is encouraging. Indeed, there is a precedent for cell differentiation therapy in that the approach has been used to treat acute promyelocytic leukemia (APL) and some neuroblastomas successfully,” explained Andrew M. Lowy, professor of surgery at UC San Diego.
The next stage is to test patient-derived cancer cells to see if E47 has a similar effect in stopping the tumor growth as those seen in the lab. In addition to this, they will start screening for molecules that have the potential to ramp up the production of E47 in cells.
Nhãn: Health-Science