A+ A-
Print Email
A TEAM of the world’s greatest sleep specialists claim to have uncovered new evidence which links bouts of prolonged insomnia with lying in bed pricking around on your phone all night.
The revelation, which comes after months of research at sleep clinics across the globe, may finally bring some relief to those who constantly post on social media sites about how they’ve got ‘insomnia real bad’. 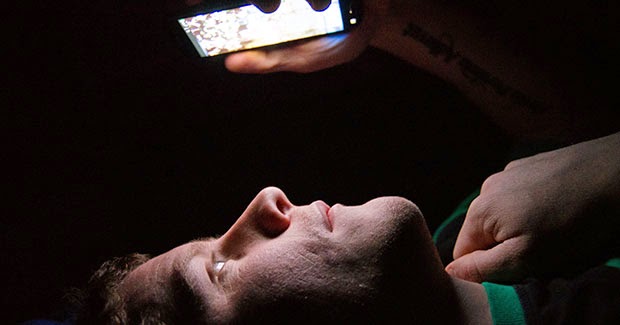 Data compiled during these studies highlighted a higher rate of sleep deprivation in subjects who went to bed and began posting witless nonsense on Facebook and Twitter, or began commenting on videos posted on YouTube.
Scientists noticed that these individuals would spend several hours constantly refreshing their browsers to see if they had received any feedback, and then spend even more time commenting back and forth, were found to get much less rest than those who went to bed, laid down and went to sleep.
Further tests concluded that individuals who plugged their phone in to charge and then closed their eyes were found to have a 100% better chance of going to sleep than those who posted ‘OMG insomnia suuuckssssss’ on Twitter and then waited to see if anyone would pay them some attention.
“We’ve discovered a significant link between not being able to sleep and not being able to put your phone down for five minutes for fear of missing out on something,” said Gilbert Gabriel, head of research at the Dream Academy Sleep Clinic.
“In fact, it may appear that many people who claim to have insomnia, don’t actually have it at all; they may just be looking for something kooky about themselves, to make up for not having an actual personality”.
Nhãn: Health-Science