Seagull Admits Amanda Brunker Paid Him To Shit In Her Hair

A+ A-
Print Email
A SEAGULL embroiled in an Irish awards ceremony storm has come forth and sensationally revealed that he was approached by Amanda Brunker in the days leading up to the event and offered a substantial reward if he shat on her head.
Amanda Brunker, who knows Bono, was horrified when a seagull excreted from a height onto her hair as she walked up the red carpet to the VIP Style Awards at the Marker Hotel in Dublin at the weekend. 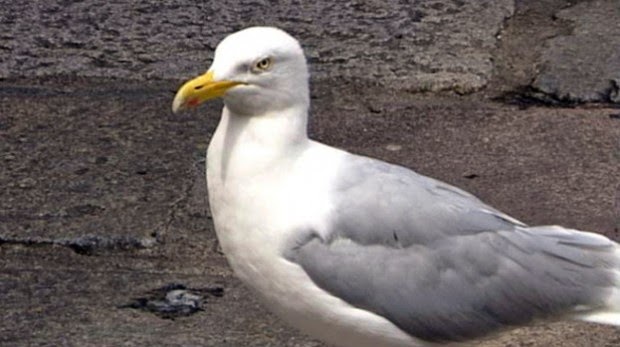 The former Miss Ireland, who knows Bono, was able to transform the unfortunate incident into substantial tabloid coverage, much of which commended her for her brave ability to continue with her evening of sitting there despite the slight smell of seagull poop. The plucky journalist, who knows Bono, was said to be devastated at being pooped on, but cheered up significantly after everyone assured her that she still looked fabulous.
However, the incident took a bizarre twist this morning, as a seagull purporting to be the culprit approached WWN and claimed that the whole thing was a set-up all along.
“She paid me three full bags of cold chips,” said the tern, who wishes to remain anonymous.
“One up front, two after the job was done. She said to make sure I hit her in the back of the head, and to make it look like an accident. I was like OK, lady, I don’t understand it, but hey, they’re your chips. I’ll shit anywhere you tell me to”.
Brunker, who knows Bono, has remained tight-lipped about the accusations, but has pledged to tell the truth about the incident in her new book, Gull-Shit at The VIP Awards; My Harrowing True Story.
Nhãn: Entertainment