A+ A-
Print Email
Slovenian citizen, suspected of being infected with Ebola, has passed his first medical test on Thursday after he was admitted to University Medical Centre Ljubljana (UKC) on Wednesday evening. 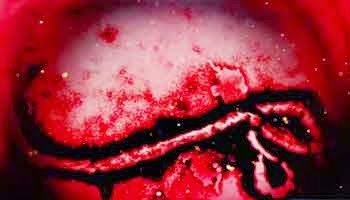 The preliminary test results came back negative, UKC hospital announced hours after it said on Thursday morning that a patient with severe fever had been admitted upon returning from an Ebola-affected part of Africa.

The medical test was done by the medical faculty's microbiology institute, which has state-of-the art testing equipment, according to Slovenian Press Agency.
For now, the patient displays no signs of the Ebola disease beyond having fever, Franc Strle, chief of the infectious diseases department, was quoted as reporting.
Further medical tests on the Ebola suspect will continue until Saturday, during which time the patient will remain in isolation before a diagnosis of the deadly virus is completely ruled out, said reports.
Ebola virus disease, formerly known as Ebola hemorrhagic fever, is one of the world's most virulent illnesses. The disease claims the lives of up to 90 percent of those who contract it.
Slovenia has been on alert to treat Ebola patients since the World Health Organisation appealed to the world to curb the spread of the epidemic rampant in West Africa in 2014.
Liberia, Guinea and Sierra Leone were reportedly the worst affected by Ebola virus with some 4,000 people having died from the disease.
The UKC, one of the largest hospitals in central Europe, will offer the best possible care to those believed to be infected by the Ebola virus, according to Strle.
Source: Xinhuanet
Nhãn: World-Region