US troops in Ukraine to train forces fighting seperatists

A+ A-
Print Email
Hundreds of US paratroopers have arrived in Ukraine to train its forces fighting pro-Russian rebels, the US army said Friday, a move Moscow warned could "destabilise" the war-torn ex-Soviet country. 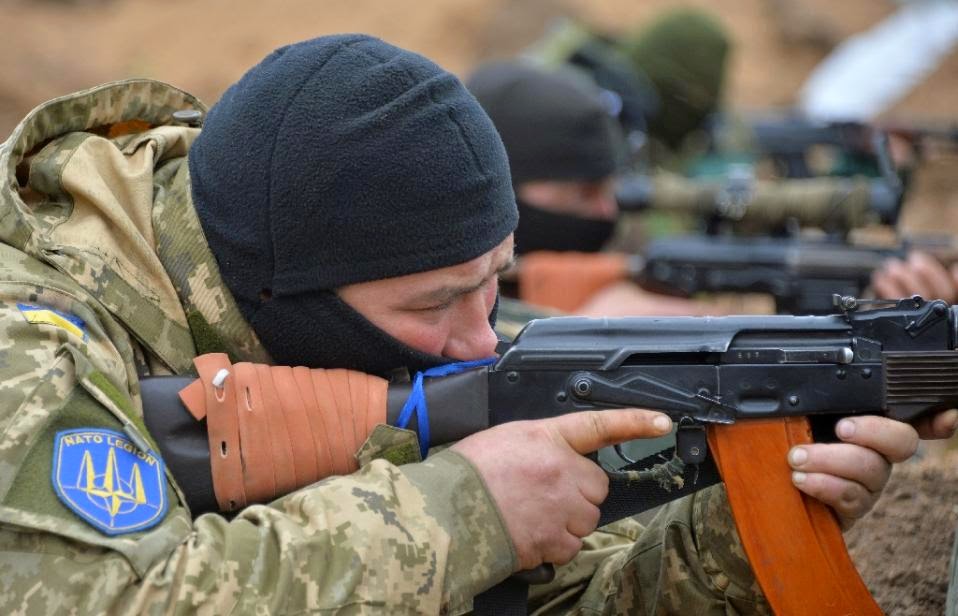 A Ukrainian serviceman mans his position on April 14, 2015 in Berdyanske village, on the outskirts of the strategic port city of Mariupol

"Soldiers of the 173rd Airborne Brigade have been arriving over the last week," Donald Wrenn, a US army spokesman, told AFP.
"We will have about 300 soldiers from the brigade on the ground providing the training that will last over the next six months."
The move raised heckles in Moscow, which accuses the United States of backing the protests that brought down Ukraine's elected president Viktor Yanukovych last year.
"The participation of instructors and experts from third countries on Ukrainian territory... of course, does not help to resolve the conflict," President Vladimir Putin's spokesman Dmitry Pekov said.
"On the contrary, it can seriously destabilise the situation," he said, quoted by Russian news agencies. A US paratrooper of the 173rd Airborne Brigade, pictured during an exercise in Rukla, Lithuania, on May 22, 2014.

Following Yanukovych's ouster and Moscow's annexation of Ukraine's Crimea peninsula, a pro-Russia uprising in east Ukraine sparked a conflict that has killed more than 6,000 people and injured nearly 15,500 over the past year, according to the United Nations.
It has led to the worst relations between Russia and the West since the end of the Cold War.
The West accuses Russia of providing the separatists who have taken control of parts of eastern Ukraine with troops and arms, a charge that Moscow denies.
European OSCE observers say heavy arms fire is rumbling on in the east despite a February ceasefire agreement.
Training for 'war-fighting'
The US troops will train the National Guard of Ukraine, a reservist force that was reformed in 2014 to bring volunteers and militia under government control.
"We will be conducting classes on war-fighting functions, as well as training to sustain and increase the professionalism and proficiency of military staffs," Major Jose Mendez, operations officer for the brigade, was quoted as saying on the US army website.
Ukraine had asked the United States to send the training mission, dubbed Operation Fearless Guardian, according to an article published by the US army on April 11 said.
"This training will help them defend their borders and their sovereignty," it quoted brigade planning officer Captain Ashish Patel as saying.
A ground convoy drove all the way from the brigade's base in northern Italy to the Ukrainian military zone in Yavoriv near the Polish border, with vehicles and equipment.
The US and Ukrainian armies stressed the equipment was for use by the US brigade in the training and is not to be issued to Ukrainian forces.
Fifty paratroopers travelled with that 25-vehicle convoy, which arrived on April 10, while further troops arrived on April 14 and 15, the US army website said.
Ukraine's defence ministry said in a statement that the training would begin with a ceremony on April 20.

Ukrainian soldiers take part in a drill on a firing ground in the Kharkiv region in September 2014.

Ukraine's Interior Minister Arsen Avakov had earlier said the US brigade would train about 900 Ukrainian National Guard troops.
The 173rd Airborne Brigade has already trained with Ukrainian forces elsewhere in Europe and took part in the multinational Rapid Trident field training exercises in Ukraine in September.
"The Americans have enormous combat experience and will teach skills to our military that can be used in combat," Ukrainian army spokesman Andriy Lysenko told a news conference Friday.
The training will include "how to give first aid, react to shelling and find out the positions of militants", he said.
Britain has also deployed several dozen trainers to Ukraine to train government forces there, while Canada announced Tuesday that it will also send 200 trainers in the summer.
US President Barack Obama is under pressure from lawmakers and military officials to send weapons to help the Ukrainian forces defend themselves, but has so far held back.
Some of his European allies including Germany have warned that sending arms would escalate the bloodshed.