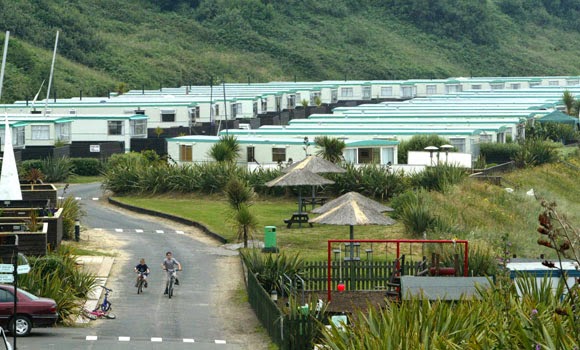 A FIELD adjacent to Wicklow’s beautiful Brittas Bay has become infested with Dubliners thanks to the seasonal migrations of the urban pest southwards, WWN can reveal.
Enclosed in makeshift nests known as ‘mobile homes’, the Dubliner has become an increasingly familiar sight in these parts when temperatures increase incrementally as Ireland approaches the Summer months.


“Look, I’m used to it at this stage,” explained local Tom Crainey, “I suppose you’re just thankful it’s not a bank holiday weekend ya know? If they come anywhere near the driveway, I usually bang some pots and pans, that startles them and they run away.”
The usually sparse beach becomes inundated with large groups of Dubliners who often travel in numbers exceeding four with the urban pest known to enjoy disrobing and rubbing itself in water and sand before marking its territory using several black sacks full of rubbish.
“They are curious in nature and often take to the surrounding areas to sniff around and discover,” explained leading Dublinologist Padraic O’Brien, “the male Dubliner is also known to shake the caravan from side to side vigorously as he mates with the female”.
Local Wicklow residents have in recent years begun to withdraw from seaside locations in an effort to limit their exposure to the Dubliner.
“Oh, I’ve heard you can catch almost anything off them so no, from April to September, I wouldn’t be caught dead near the beach,” explained a visibly shaken local Catherine Duffy.
Nhãn: Health-Science