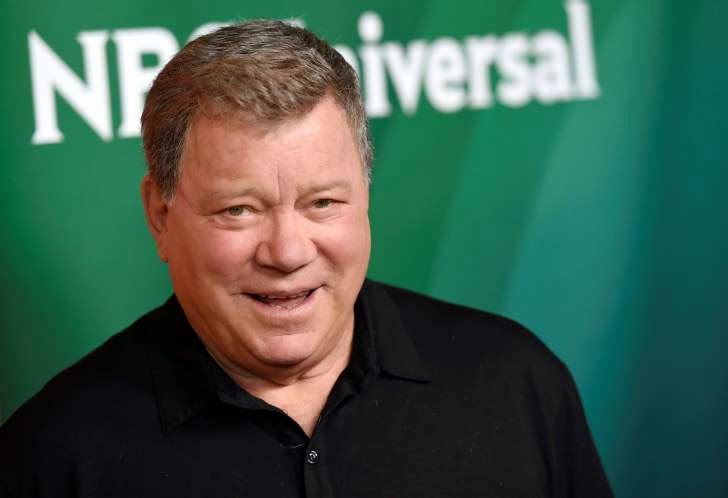 © Chris Pizzello/Invision/AP Photo William Shatner arrives at the NBC Universal Summer Press Day at The Langham Huntington Hotel on Thursday, April 2, 2015, in Pasadena, Calif.
Actor William Shatner is hoping to save California from further drought by proposing an enterprise of his own - importing water from the Seattle area, where rain is plentiful.
"I want $30 billion ... to build a pipeline like the Alaska pipeline. Say, from Seattle - a place where there's a lot of water. There's too much water," the "Star Trek" actor told Yahoo's David Pogue in an interview. "How bad would it be to get a large, 4-foot pipeline, keep it aboveground - because if it leaks, you're irrigating!"


Shatner said he plans to launch a Kickstarter campaign to raise $30 billion to build the pipeline from water-soaked Seattle to fill California's lakes.
Pogue expressed some skepticism about the plan, to which Shatner responded: "They did it in Alaska - why can't they do it along Highway 5? This whole area's about to go under!"
Shatner said although raising $30 billion would be challenging and may not come to fruition, the effort would raise awareness about California's drought.
Decades ago, California water officials talked about taking water from the Pacific Northwest but those plans were never realized.
During earlier droughts in 1977 and 1990, Los Angeles Supervisor Kenneth Hahn proposed digging aqueducts that would carry water to California from the Columbia River in the Pacific Northwest and the Snake River in Idaho. But there was little interest from those states.
"I have the distinct impression that you are trying to steal my water," Oregon Gov. Neil Goldschmidt said in a letter to Hahn in 1990.
Shatner's comments come as Gov. Jerry Brown has ordered urban communities across the state to cut water use by 25% over the next year.
The move comes as one of the most severe droughts in modern California history persists. Irrigation deliveries have been slashed and farmers expect to idle more than 500,000 acres of cropland this year. Groundwater levels in some parts of the San Joaquin Valley have sunk to record lows as growers drill more and deeper wells. Some small communities dependent on local sources have run out of water.
Although major reservoirs in Northern California hold more water than they did a year ago, the Sierra Nevada snowpack that normally provides the state with about a third of its water supply hit a record low for April 1.
Last week, California received little precipitation with extreme to exceptional drought covering two-thirds of the state, according Michael Brewer, a physical scientist at the National Oceanic and Atmospheric Administration's National Climatic Data Center.
Nhãn: World-Region