A+ A-
Print Email
WWN can exclusively confirm that Dublin native Michael McMahon, who remains an ardent fan of professional wrestling despite being a fully grown man, will spend today being told by friends and co-workers that wrestling is fake, as if this information is new to him. 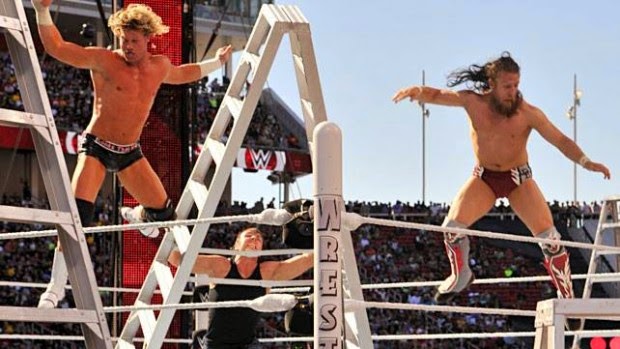 McMahon, 28, arrived at his workplace this morning in a tired state, having sat up until 4am last night watching the annual World Wrestling Entertainment showcase ‘WrestleMania 31′, in much the same manner as a small child might do.
Although fully aware of the pre-scripted nature of professional wrestling, McMahon freely admitted enjoyed the mix of fast-paced action, colourful characters and awesome spectacle which is synonymous with WrestleMania, even if it put him in line for a day full of being told that wrestling isn’t real by everyone around him.
“Michael told us this morning that he was tired because he was up all night watching wrestling, so we straight away had to inform him that it’s all fake,” said Brian O’Hare, one of McMahon’s co-workers.
“Because there’s no way he should enjoy a predetermined, scripted piece of entertainment; he should watch something real, like The Walking Dead. We all assumed that he must think wrestling is real, otherwise he wouldn’t watch it, so we all one-by-one, assured him that it’s all phony. To be on the safe side, we also told him there was no such thing as Santa or the Easter Bunny”.
McMahon, who has been listening to people telling him wrestling if fake for as long as he can remember, has decided to continue ignoring everyone and watch whatever the hell he likes, however, he does intend to sit his 7-year-old son down and explain to him in detail all the reasons John Cena sucks.
Nhãn: Sport