14 Things Any Man Can Do to Look Smarter

A+ A-
Print Email
With all the dating sites, fitness fads and manscaping going around, it's becoming harder to compete in public for the love of a good woman. Ultimately, the one thing that will never change is women's interest in a man with some brains. Don't have any? That's okay. Here are 14 simple things you can do to look smarter, gentleman. Who knows, maybe you'll actually get a little smarter along the way just by giving them the old college try.
1. Wear glasses and clean them while pretending to listen. 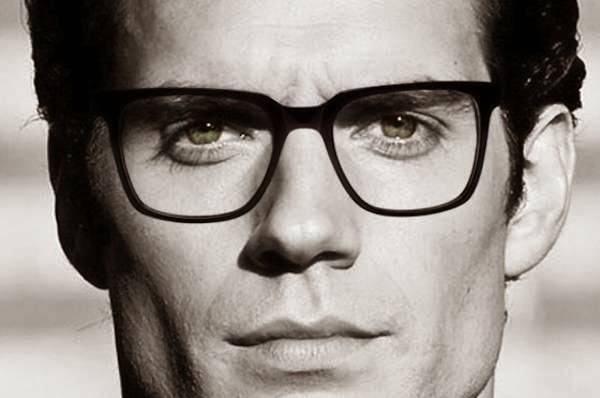 © Provided by Mandatory Glasses have been known for decades to take sophistication up three or four notches; it's science. Cleaning them while listening to someone speak takes it up an additional notch. I'm only kidding. If you're cleaning your glasses and ignoring everything someone is saying to you, you're going to look like an asshole more than sophisticated. So wear glasses, even fake ones, bro. Kidding again. But maybe get the tiniest prescription and take the headaches and destruction of your 20/20 vision as a small price for looking like a genius. Hey, if Superman can do it, so can you.
2. Carry matches instead of a lighter when you go out at night.

© Provided by Mandatory Anyone can carry a lighter, which is something you should do anyways, even if you don't smoke. Especially if you don't smoke. Matches, however, are a little more classic, allowing you to demonstrate a steady hand to calmly and coolly offer a light. The only thing more attractive would be for you to get down on bended knee with rocks and twigs and build your own fire from scratch. If you do smoke, don't carry a lighter. It'll keep you from smoking as much and force you to interact with strangers.

3. Grow distinctive facial hair and rub it while contemplating (or spacing out).

© Provided by Mandatory Being 100 percent clean shaven makes you look like a narc. There, we said it. Having distinctive facial hair (solid mustache, well-groomed beard) not only helps you stand out in a good way, but gives you something to twist while you think. Girls, especially, find this endearing. But if you have excessive red facial hair or grow a spotted, scraggly beard like a hobo, maybe just glue something on instead.
4. Own things with an interesting story behind them.

© Provided by Mandatory Things that have a history or cool story behind them are much better to own than something from IKEA. You don't have to show off, but clothes, furniture and antiques in general all add character and color to your life, giving you something to talk about (other than yourself) and tell the exciting tales of your travels and the interesting people you've met. Hell, even tattoos are a good way to do this, mapping out snapshots of your life across your body. Just don't get barbwire or butterfly tramp stamps. Start collecting something that interests you. People notice these things.

© Provided by Mandatory Nobody likes a know-it-all, but you can learn a lot from books and the authors who write them with unique points of view. You don't have to quote the Bible, but sink yourself into something applicable to who you are and where you are in your life right now. Metaphysics is a great place to start, and you can learn a lot about the human condition that lends itself to a good conversation. Or you can read "Twilight" and wow all the girls with your werewolf knowledge. On top of that, people appreciate good grammar and someone who can say something with conviction without using cuss words for emphasis.
6. Cook like hell.

© Provided by Mandatory Sure, it's nice when she gets in that kitchen and fixes you up a sandwich, but wouldn't it be something if you were the one in the kitchen doing the cooking. The only thing cooler than a guy who cooks for his girl is a guy who cooks for a crowd. Throw a dinner party, make good cocktails, have good conversation and close the night with an eight-person open-mouth kiss. Who says getting older isn't awesome?

7. Carry a business card and use it casually in conversation.

© Provided by Mandatory This is not to say use it to be a showy jerk or to make yourself look cool. Having a business card shows a level of professionalism and a sign that you value what you do for a living. They should be used to network, collaborate and help others who could enlist your help. Giving out your card for the wrong reason, to impress people or to make others look lesser, is counterproductive. Using it for genuine purposes does. And don't you dare give your card to a girl if it's simply for her to have your number. Ask for hers like a gentleman, you scumbag.
8. Embrace the feminine point of view.

© Provided by Mandatory Empathy is one of the best qualities anybody can have, especially if it's for the opposite sex. You don't have to go around telling people you wish you were a seahorse so you could carry the mother load of birth, but you can give in to your inner feminist and do things that open your mind a little more than you're used to. At the very least, stop being such a meathead all the time. Learn about meditation, stretch in the morning and let go of all the built-up testosterone before you give yourself a massive stroke. Trust us, you'll feel better about yourself.

9. Build yourself as a brand, a Russell Brand.

© Provided by Mandatory Don't like how most people do most things? Good. Build something of your own, something you're passionate about and put all your energy into it. You don't have to go around showboating that you're bringing clean water to third world countries, but if you're genuinely doing good things, even if you're just making things that make you feel good, word spreads naturally. You don't have to blog about it. Build something you can be proud of, because if you build it, they will come. And we mean that purely sexually. Just the same, if you don't have a political opinion because you hate how both sides do things, have an opinion on how it can be better and vote for Russell Brand in the next Parliamentary election.
10. Drink classic, not crap, cocktails.

© Provided by Mandatory Treat yourself; it's as simple as that. People respect a guy who has good taste and is willing to be good to himself and the people around him. Don't be shy about buying other people classy drinks either. It's the best quality a person can have.

11. Learn how to play chess or an instrument (and play it decently).

© Provided by Mandatory There's no need to put yourself out there if you absolutely suck, but if you're decent at these things, it's always smart to share yourself. Putting yourself out there shows a vulnerability that cannot be matched, a willingness to learn and a thirst for excitement. If nothing else, it's a great excuse to keep people from playing checkers and rap music.
12. Dress slightly nicer than an event requires.

© Provided by Mandatory It's a lot better to overdress than underdress, but then again, we don't encourage wearing a freshly pressed tuxedo to Hooters. Although, they might dig the effort. You don't have to stand out like a stunted cock at a swingers party, but you can go a scinch above what is expected. You can wear collared shirts and not look like you're going to the prom. You can wear a sports jacket to a bar. And let us teach you a trick to keeping your soul alive: Wear a sleeveless shirt under that sports jacket and you'll never feel more alive.

© Provided by Mandatory The only thing worse than texting in front of somebody you're with is texting when they're away and trying to hide it before they come back. If you can't go a full hour without touching your phone, may the good lord have mercy on your soul because it's going to be a long life for you if there's ever an apocalypse and the power goes out. Where will you charge your phone?! Take your eyes off the screen for once and look around. Maybe you'll see an outlet, or perhaps a whole world in front of you, maybe even a lovely lady across from you wishing you could at least text faster than her grandmother.
14. More art shows, less strip clubs.

© Provided by Mandatory You can't learn a lot at a strip club, boys, other than how to swing around a pole without getting leg burns. But then again, who are we to judge these girls who give themselves to a good cause? Art shows don't have to be stuffy, but it's a guarantee that the company in these places is infinitely better and likely more disease free. Hey, you might even learn something here, too. And yes, it can be a car show. That's art. And those usually have sexy girls working, as well!
Nhãn: Lifestyle