A+ A-
Print Email
‘Handshake strength predicts chances of major illness!’ The last few days has seen a few different pieces claiming that a recent study shows how the strength of your handshake can predict if you’re at a higher risk of heart attack or stroke. The research actually looked at grip strength using a hand dynamometer, which isn’t really the same thing. 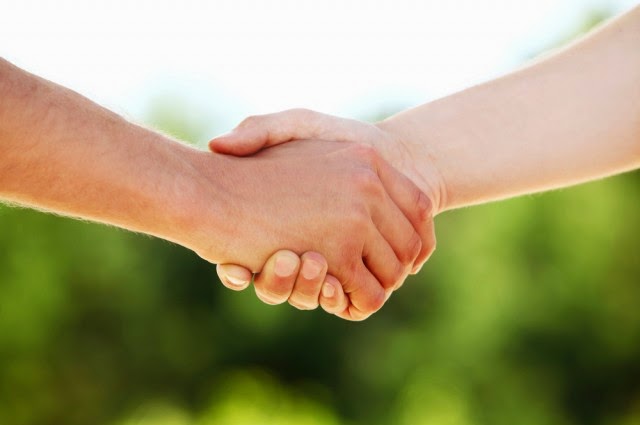 The study, published in the Lancet, assessed whether a person’s muscle strength can predict the chances of death and illness, using a ‘grip test.’ They followed just under 140,000 adults living in 17 countries over a period of up to 4 years. What they found was that the chances of dying, having a heart attack and stroke were higher in people who had weaker grips.
They apparently found that grip strength was also a better predictor of death than standard systolic blood pressure tests. “Grip strength could be an easy and inexpensive test to assess an individual's risk of death and cardiovascular disease,” claimed Dr. Darryl Leong, lead author of the study, from McMaster University.
The scientists found that there was a one in six increase in chance of death, from any cause, for every 5kg drop in strength. Interestingly, this held true across a broad range of countries, regardless of average incomes or sociocultural setting.
This seems fairly intuitive. Weaker people, such as the elderly, are often at a higher risk of illness when compared with stronger healthier individuals. But what this can’t tell us is if people are weak and frail because they are already ill, or if their weakness means they’re more likely to have health problems and less likely to survive as a result.
Whilst grip strength might be an easy way of evaluating someone's risk, the researchers say that muscle strength might simply predict what happens to a person once they get ill, rather than whether they get ill in the first place. They might claim that it’s a better predictor of cardiovascular health, but the advantages of measuring blood pressure means that doctors can suggest other tests that can then lead to preventative strategies. In countries where these more advanced tests are not possible, however, grip strength could still be of use.
However, what the scientists didn’t look at, although they do suggest it as a further avenue of research, was whether increasing a person's strength might help in reducing their risk of death and cardiovascular disease. Would doing more exercise and weight training protect us? Or are other factors that can impact muscle strength, such as diet and occupation, also important elements that we should be paying more attention to?
Nhãn: Health-Science