A+ A-
Print Email
Liverpool striker Daniel Sturridge has flown to the United States to determine whether he needs surgery on an ongoing hip problem.
Sturridge has played just twice since he picked up the injury in the 2-1 loss to Manchester United on 22 March.
The 25-year-old England international will visit Dr Peter Asnis, an orthopaedic surgeon based in Boston.
Ansis has a history of working with the Boston Red Sox baseball franchise, who are also owned by Fenway Sports Group. 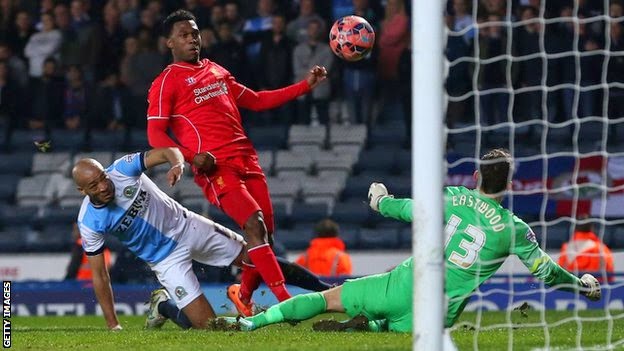 Sturridge joined Liverpool for £12m in January 2013 and scored 24 goals in all competitions in the 2013-14 season as the Reds finished second in the Premier League.
However, he suffered a thigh strain on international duty in September before injuring a calf in training in October.
He picked up another thigh injury in November and did not play again until 31 January, when he netted in the Reds' 2-0 win over West Ham.
Liverpool are fifth in the Premier League with four games remaining, seven points behind Manchester United, who occupy the final Champions League qualification place.