Buy banner here for $75/week
Home » World-Region » Emboldened in Syria and Iraq, Islamic State may be reaching limits of expansion

Emboldened in Syria and Iraq, Islamic State may be reaching limits of expansion

A+ A-
Print Email
With its two biggest victories in nearly a year in Iraq and Syria, Islamic State has energized its fighters, littered the streets of two cities with the bodies of its enemies and forced Washington to re-examine its strategy. 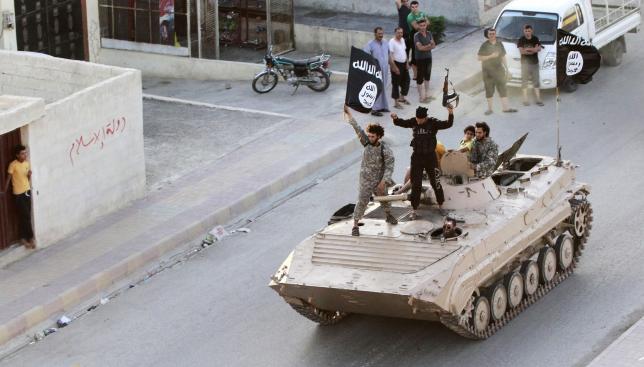 The near simultaneous capture this month of Ramadi west of Baghdad and Palmyra northeast of Damascus has reinforced the sway of the self-proclaimed caliphate of all Muslims closer to the ramparts of Islam's two great historic capitals.
But although the fighters sound triumphant on YouTube, vowing to press on to Baghdad and Damascus, there appears to be little room for them to expand their territory much further -- at least for now.