Emotional Scenes As Guy In Bar Finally Upgraded To ‘Regular’

A+ A-
Print Email
THERE were said to be emotional scenes in O’Neill’s bar in Thurles this afternoon following the announcement that Gerry Lyons’ status in the pub was upgraded to ‘Regular’, after spending the last nine months just being a guy at the bar.
Following a series of debates among staff members, Mr. Lyons was labelled a regular shortly after lunchtime, when he came in for his midday pint. 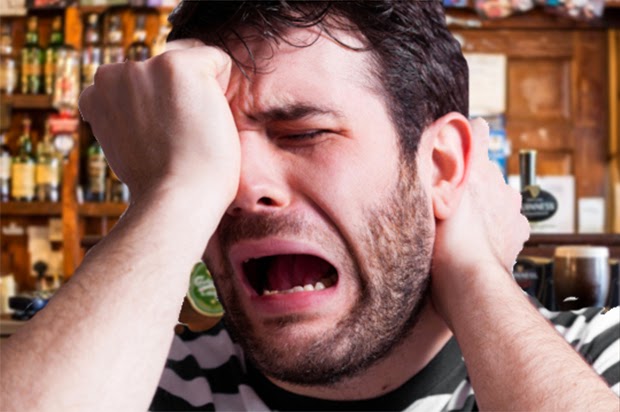 “He deserves it now so he does,” barwoman Jaquline Roache told WWN. “Gerry Carlsberg, as we call him, had been dropping hints left-right-and-centre about his pub status over the last few weeks. After some humming and hawing, we are pleased to announce that he is officially a regular as from today, and will be treated as such from now on”.
Breaking down into tears of happiness, the sobbing 31-year-old adult thanked O’Niell’s staff in a touching 40 second ceremony, which involved barman Thomas Tobin presenting him with an ice cold pint of Carlsberg, in a Carlsberg glass – a treat only given to the most respected of customers.
“It’s so clean!” he roared in ecstatic disbelief. “Look at the lacing on the glass. It’s like…it’s like…angel tears. Oh my God. I just don’t know what to say…it’s too much right now. Thank you so much. This means a lot to me”.
Along with receiving proper glassware, the part-time mechanic’s stool was verbally earmarked as “Gerry’s Seat” by publican George O’Neil, who promised him a lifelong position beside fellow regular Con Tracey, who he frequently engages with from time-to-time.
“Gerry is a part of the furniture now,” O’Neill said. “He’s worth thirty euro a day to me now so it was only a matter of time before we gave him his own seat. Hopefully we’ll get another 15 years out of him before he keels over with a stroke”.
Nhãn: Lifestyle