European leaders gathered in the Polish port of Gdansk for a midnight ceremony at the site where the first shots of the war were fired.

The Gdansk commemoration was seen as a slight to Russia's Victory Parade on Saturday, which has been boycotted by Western leaders because of Ukraine.
There will also be ceremonies in Paris, London, Berlin, as well as Washington. 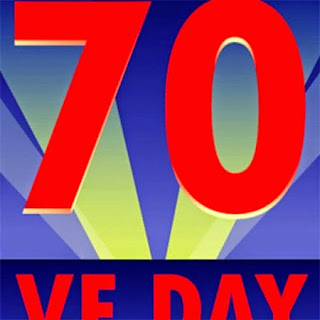 'Parade of cynicism'
The commemoration in Gdansk was marked with a 21-gun salute on the stroke of midnight. Beams of light illuminated a monument to Polish defenders in Westerplatte and the national anthem was played.
In a speech, Poland's President Bronislaw Komorowski said the war had started with the co-operation of two totalitarian regimes led by Hitler and Stalin.
He went on to say that the victory over Nazi Germany in 1945 did not bring freedom but instead communism and the Iron Curtain. Such division finally ended, the president said, with the integration of the region into the European Union.
The event was attended by the UN Secretary General Ban Ki-moon and the presidents of several countries including Bulgaria, the Czech Republic, Estonia, Lithuania, Romania and Ukraine.
But many other Western leaders - who are boycotting Moscow's event and for whom the Gdansk commemoration was partly organised - did not attend.
Among those in Gdansk was Ukraine's President Petro Poroshenko who said it was possible to draw parallels from history and the current situation in Europe.
"Annexation and invasion, under the pretext of defending ethnic minorities... could all become the new reality," he said.
Relations between Russia and the West have been soured by Russia's annexation of Ukraine's southern Crimea peninsula last year and support for rebels in Ukraine's eastern Donetsk and Luhansk regions.
Moscow denies it is arming the rebels and sending troops across the border.
Russia, which lost more citizens to the war than any other nation, will stage its biggest-ever military parade during its Victory ceremony in Moscow's Red Square on Saturday.
Later on Friday, there will be a ceremony in Germany where President Joachim Gauck will lay a wreath at a cemetery for Soviet soldiers. The German parliament will meet in special session.
In London, a remembrance service will be held at the Cenotaph and 200 beacons will later be lit across the country.
In France, where VE (Victory in Europe) Day is a national holiday, President Francois Hollande will lay a wreath at the tomb of the unknown soldier at the Arc de Triomphe in Paris.
In the US, a ceremony will be held at the national World War Two memorial in Washington followed by a flypast of vintage fighter planes.
It was on 8 May 1945 that Allied forces accepted the unconditional surrender of Nazi Germany, marking the end of the war in Europe. But it was not the end of WW2. It would take another three months before Japan surrendered.
Source: BBC
Nhãn: World-Region