A+ A-
Print Email
For the first time, scientists have successfully managed to shuttle gene-stimulating molecules into specific target cells of a living animal. Alongside being a long-sought-after achievement, the team was also able to use their novel technique to drive the production of protective proteins in the livers of mice, rescuing them from drug-induced liver damage. Although much more research is needed before this revolutionary method finds itself in the clinic, this encouraging work raises the possibility that it could one day achieve similar therapeutic feats in humans. The study has been published in Nature Materials. 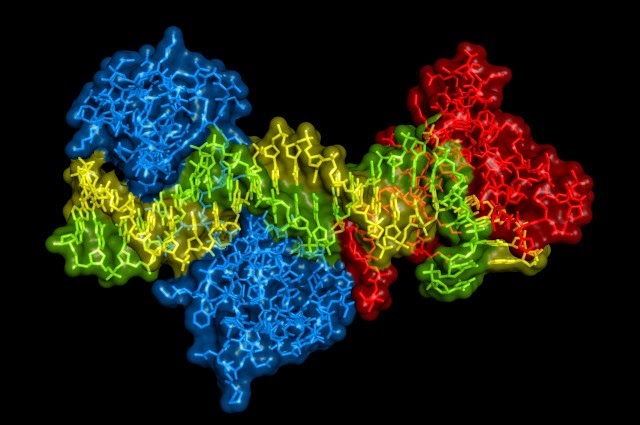 Our genetic material, DNA, contains the biological instructions needed to create the components of the cell, or more specifically proteins. When a protein needs to be made, DNA is used to generate a blueprint, called mRNA, which contains the necessary codes for its production. This process is known as transcription and can be ramped up or dampened by molecules known as transcription factors. These proteins stick to specific bits of DNA and consequently promote or block the action of molecules that drive the reading of genes, thus controlling which are switched on or off.
Since transcription factors control every major physiological process within the cell, and hold the ability to correct the causes of a significant range of diseases, they have huge therapeutic potential. For example, the transcription factor Nrf2 drives production of proteins, such as antioxidants, that reduce cellular stress and inflammation and can hence protect against various inflammatory diseases, like drug-induced liver failure and Alzheimer’s.
While this all sounds great on paper, researchers are faced with a problem: When they try to get these helpful molecules inside the cell, they get automatically directed towards an acidic compartment known as a lysosome, which causes them to break down. Scientists therefore endeavored to find a way to prevent this from happening without altering the transcription factor itself—and back in 2011, a group from UCLA started to make significant progress.
They discovered that attaching the molecules to a string of DNA that matches the transcription factor’s target sequence, alongside cocooning it inside a positively charged molecule, helped it traverse the cell’s negatively charged membrane. This allowed the researchers to get the transcription factors inside human cells in a dish. Now, taking this one step further, the scientists have added further features to the complex that not only target it to specific cells, but also help prevent its degradation by the lysosome.
This involved linking certain chemicals to the DNA that puncture the lysosome’s membrane, allowing the transcription factor to escape once inside. They also added specific sugar molecules to these chemicals that bind to receptors found on the surface of liver cells, thus facilitating targeted delivery of the molecules. The researchers called this final complex DART, or DNA assembled recombinant transcription factors.
To test it out, they created a complex with the aforementioned transcription factor Nrf2 and tried it out on mice that had been given a very high dose of the pain-relief medication acetaminophen, or paracetamol, which would normally cause liver damage. Next, they injected DART into half of the mice and assessed their outcomes.
They found that DART was predominantly taken up by liver cells and boosted the expression of genes known to protect against cellular stress. Furthermore, mice that had been given DART had livers that closely resembled those of healthy mice, whereas the controls experienced liver damage.
These early results are certainly promising, but it remains to be seen whether other tissues could be targeted, which would obviously widen clinical applications. Furthermore, this kind of therapy would be extremely extensive, which may limit its use.
Nhãn: Health-Science