A+ A-
Print Email
When you go for a pee, you don’t expect your urine to be luminous. But with a newly developed diagnostic system, this could be an early sign of liver cancer and an indication that you’d better get to the doctor sharpish. By modifying the bacteria commonly used in the production of probiotic yoghurt, researchers think they’ve created a novel cancer test that would only require a pee sample.
Engineers working at the Massachusetts Institute of Technology have taken the “good bacteria” found in most probiotic yoghurts and altered them to produce a luminescent protein when feeding on dead liver tumor cells. This protein can then be detected via a urine test. The study is published in Science Translational Medicine. 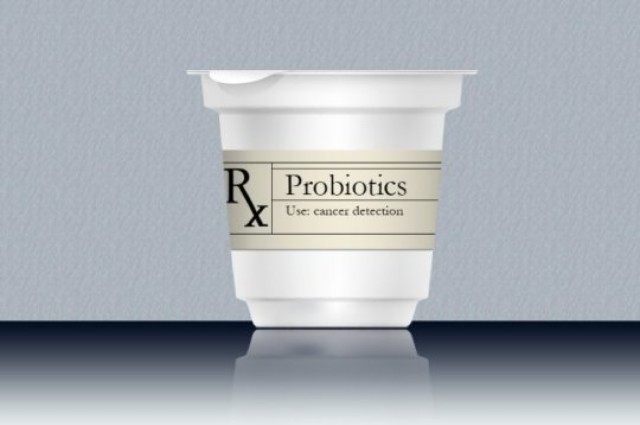 Currently, diagnosing cancer can be a tricky business, and there are few more difficult than liver cancer. As an organ that filters the blood, it is often the first site to which cancer spreads when metastasized. Yet it is one of the hardest organs in which to detect tumors using conventional techniques such as CT and MRI scans. This means that tumors are often only detected when they are larger and therefore too late to treat.
“There are interventions, like local surgery or local ablation, that physicians can perform if the spread of disease in the liver is confined, and because the liver can regenerate, these interventions are tolerated. New data are showing that those patients may have a higher survival rate, so there's a particular need for detecting early metastasis in the liver,” says Sangeeta Bhatia, co-author of the study.
The new method works by genetically engineering Escherichia coli bacteria, which naturally seek out tumors in the body. Previous studies have shown that the organisms can find and penetrate cancer and then feed off the nutrients they produce. It’s thought that the cancer's ability to dampen the immune system and the plentiful supply of food form the perfect environment for the microbes to thrive. It is for exactly this reason that scientists have been looking into whether E. coli could be used as a vehicle for cancer drugs.
But the group from MIT looked at this from a different angle, and instead started researching bacterial diagnostics. They discovered that E. coli, if ingested in pill form, is particularly inclined to migrate to the liver, probably due to the major hepatic vein that connects it with the gut. They then modified the bacteria to produce a specific enzyme when gorging on dead tumor cells.
This enzyme, called lacZ, works on molecules that are injected into the body. These molecules are made up of a sugar attached to a luminescent protein normally found in fireflies. When lacZ digests the molecules, it releases the luminescent protein, which is then passed into the urine and can be detected in tests.
The team is now looking into whether probiotic bacteria could be used not just to diagnose cancer, but to treat cancer as well. As Andrea Califano, a professor from Columbia University, explains, “These bacteria could be engineered to cause genetic disruption of cancer cell function, deliver drugs, or reactivate the immune system.”
Nhãn: Health-Science