A+ A-
Print Email
The ongoing Ebola outbreak in West Africa has claimed more than 11,000 victims out of 26,500 reported cases. This epidemic will leave scars – psychological, medical, social and economic – that will take many years to heal. The outbreak has just been declared over in Liberia, but it continues in Guinea and Sierra Leone – and it is important that we are better prepared should this strain return.
A recent promising advance in the control of outbreaks has been the development of genome surveillance, which allows the entire genetic code of a disease-causing microbe or pathogen to be sequenced. Such information provides an unprecedented view of how genomes evolve, their likely origins, and the genes that encode for proteins necessary for them to infect humans. 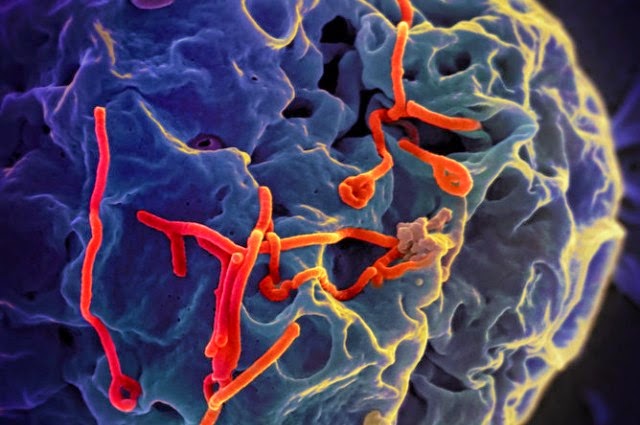 Until recently, genomic surveillance was restricted to conventional academic settings, typically employing sequencing instruments costing hundreds of thousands of pounds and relying on well-equipped molecular laboratories. As of last year, the only practical way to sequence Ebola genomes was to export samples to specialist laboratories, resulting in delays obtaining local permissions and significant challenges securing export permits and procuring expensive shipping to transport samples. Samples would be received in poor condition and once received the genome sequences could take weeks or months to generate.
At the University of Birmingham, we have been focusing on a new technique that holds promise for portable, real-time genomic surveillance. The aim is to improve our ability to react to outbreaks like Ebola and even novel pathogens by cutting the time it takes to carry out genomic sequencing. We have now shown that this can be done in less than 48 hours from receipt of a patient sample. From weeks to days. Sample by Shutterstock


A Portable Pack
Last month, Josh Quick, a bioinformatician and PhD student working in my group at the Institute of Microbiology and Infection, travelled to the epicentre of the outbreak in Guinea. He took with him a portable genomic surveillance system carried in his hold luggage. The system contained several MinIONs: portable “USB stick” sequencers, developed by the British company Oxford Nanopore, as well as all the chemicals and pipettes and plastic tubes that are needed to generate sequences of the Ebola virus. 
This equipment was set up in the European Mobile Laboratory (EML), a mobile laboratory that provides diagnostic services to many Ebola-affected regions in Guinea and Sierra Leone. Within two weeks, Josh had generated 14 Ebola genome sequences. The sequences were generated in as little as 48 hours from taking a patient’s blood sample and can be used by epidemiologists who are aiming to stop further spread of the virus.
By comparing samples from patients, it is possible to determine whether they are likely to be part of a chain of transmission or if there are unknown networks yet to be discovered. This works because the virus changes or mutates at a constant rate – about 20 differences per year.
Josh left behind a fully functioning surveillance laboratory, which is now being run by the EML in Coyah, western Guinea to provide genome sequence information in real-time.
Genomic Sequencing And Vaccines
A positive development during this outbreak has been the rapid development of vaccines and vaccine trials. Genomic surveillance is important in order to see whether the virus can evolve to evade such a vaccine, and in developing early treatments that directly interfere with the viral genome. Changes in those regions targeted by the treatment could result in resistance, therefore genome surveillance data is of great benefit to those involved in such efforts.
Genomic surveillance can also be used to track food-borne pathogens. In 2011, a German outbreak of E.coli was one of the first to have genome data made available while it was taking place. We analysed genome data from this outbreak and showed that the strain-causing disease was of a type previously unseen in such outbreaks, and tracked the likely source to a strain circulating in humans, rather than animals.
It may be that food-borne outbreaks can be detected back to source much more quickly with portable genome surveillance. In the future, food quality may be monitored by producers at source using genomics.
Even closer to home, genome sequencing is becoming mainstream with the 100,000 Genomes Project. And armed with new technologies, it may soon be possible for individuals to sequence their own genomes and for infectious pathogens to be sequenced at home or in a GP surgery. When it comes to Ebola, we hope the ability to provide portable, real-time sequencing will improve our ability to respond in future.