A+ A-
Print Email
It was not due to conclude until the end of 2016, but the results of a huge new study into HIV treatment have been released early because they were so clear-cut: starting antiviral drug treatment earlier rather than later significantly slashes the likelihood of developing AIDS or other serious illnesses.
While that may sound like common sense (after all, catching diseases like cancer early in their tracks dramatically improves survival rates), the point at which HIV treatment is initiated has been debated and varies by country. For example, back in 2009 when the study began, the World Health Organization (WHO) recommended that antiretroviral therapy (ART) should only be provided after the count of an individual’s CD4 cells – the white blood cells targeted by HIV – fell to 200 or less per microliter of blood. A normal range is considered to be between 500 and 1,500. 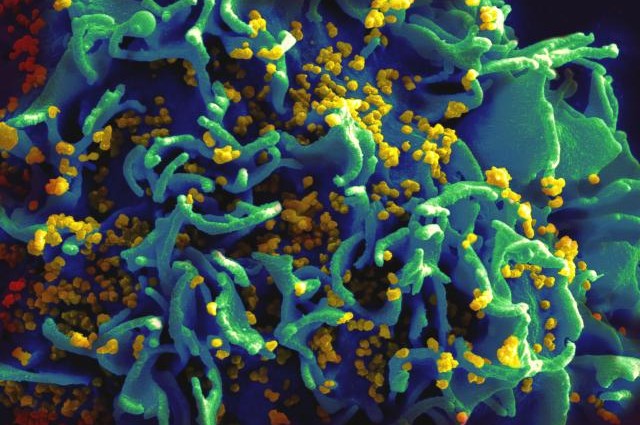 The UK and numerous other countries followed this and consequently patients only received treatment (which aimed to bring their white blood cell count back up to normal levels and restore immune function) after their immune system had been depleted. But what was the justification for delaying treatment until the patient’s immune system had already sustained significant damage? Because of concerns over drug toxicity, it was feared that long-term, lifetime treatment would ultimately do more harm than good for the patient. It was therefore assumed that the less time the patient was on drugs, the better.
But it seems that is not the case, as demonstrated by the striking results from this latest comprehensive investigation. Called START (Strategic Timing of AntiRetroviral Treatment), this large-scale, randomized trial was designed to investigate whether initiating treatment in patients with higher CD4 cell counts conferred any benefits. Although the US already recommended that treatment be given to all HIV patients regardless of their CD4 levels, there was no robust scientific evidence to support that this was necessary or improved patient outcome.
For the trial, funded by the National Institute of Allergy and Infectious Diseases (NIAID), more than 4,500 HIV-infected adults were enrolled from 215 sites across 35 different countries. At the outset, none of the participants had taken ART before and all of them had CD4 counts above 500 per cubic milliliter of blood. The individuals were then randomly split into two groups, one of which was given ART immediately while the other was delayed until their CD4 count dropped below 350.
Throughout the duration of the study, and for an average of 3 years, the researchers followed up patients in order to look for any outcomes like serious AIDS-related diseases, for example cancer, serious illnesses which were not related to AIDS, and death. Although the study wasn’t due to finish until the end of next year, the results from an interim analysis warranted early publication.
The analysis revealed that the risk of suffering a serious event or death was cut by more than 50% when treatment was started early compared to those who were only provided with treatment after a delay. Those receiving early treatment experienced significantly fewer outcomes overall, although the reduced risk was more prominent in events related to AIDS.
“This is an important milestone in HIV research,” trial co-chair Jens Lundgren said in a statement. “We now have strong evidence that early treatment is beneficial to the HIV-positive person. The results support treating everyone irrespective of CD4+ T cell count.”
Nhãn: Health-Science