A+ A-
Print Email
Ever since the emergence of Methicillin-resistant Staphylococcus aureus (MRSA), a bacterium that shows resistance to our strongest antibiotics, the race has been on to outwit this deadly organism. Now, a team of scientists think they might have found an ingenious solution: cunningly disguised nanosponges. 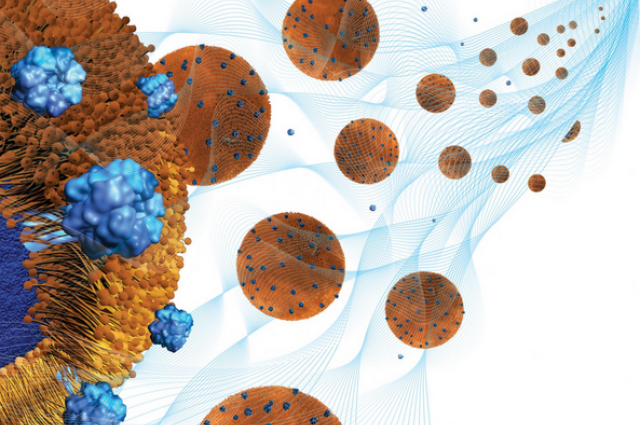 The team have created a gel with bacteria-fighting nanosponges mixed in that can be applied to infected wounds. They tested the effects of the mixture on mice with skin lesions caused by MRSA.
"One way to treat these infections is to remove the toxins, which act as a weapon and a defense shield for the bacteria that produce them," said Liangfang Zhang, a nanoengineering professor at the Jacobs School of Engineering. "We hypothesize that without the toxins, the bacteria become significantly weakened and exposed, allowing the body's immune system to kill them more easily without the use of drugs."
The team made the nanosponges by taking absorbant nanoparticles and combining them with dangerous toxins that are produced by MRSA, E. Coli and other antibiotic-resistant nasties. Each little sponge is then cloaked in a red blood cell membrane. Since the toxins produced by MRSA target these cells, this coat lures them towards their deadly clutches, allowing the heroic nanosponges to then safely eject the bacteria from the bloodstream.
To be effective, the nanosponges need to hang around the bacteria in large quantities. To make the nanoparticles a bit more clingy, the team mixed the sponges into a hydrogel made of water and polymers. The nanosponges need to be mixed into a hydrogel that gently adheres to the infected site to keep the concentration of nanosponges near the bacteria high.
"We combined the strengths of two different materials—nanosponges and hydrogels—to create a powerful formulation to treat local bacterial infections," said Zhang. "Nanosponges alone are difficult to use on local tissues because they diffuse away to other parts of the body very quickly. By integrating the nanosponges into a hydrogel, we can retain them at the site of infection."
"After injecting the nanosponge-hydrogel at the infected spot, we observed that it absorbed the toxins secreted by the bacteria and prevented further damage to the local blood, skin and muscle tissues," said Zhang. The mouse legions that were treated with the hydrogel compound were significantly smaller than the ones left untreated.
The team also noticed that the hydrogel held fast: Two days after the hydrogel was injected under the skin of the mouse, just under 80% of the nanosponges were still located at the site of injection. Compare this to when the nanosponges were injected without the hydrogel: Only 20% of the nanosponges stuck around. The gel doesn't contain any antibiotics, so the team is hopeful that bacteria will not develop resistance.
This is a very interesting way to sidestep the use of antibiotics, and is especially exciting for people who may have allergies to certain antibiotics. But don't hold your breath, there's still a long way to go.
Nhãn: Health-Science