A+ A-
Print Email
It sounds like science fiction: A bomb blast knocks a soldier to the ground. From the outside, they look fine, but internally they’re hemorrhaging as their internal organs bleed out. A medic appears on the scene and immediately administers an injection of nanoparticles that seek out the internal bleeding and help the blood to clot, saving the soldier's life. Well, it might not be science fiction for much longer.
A team from Virginia Tech and Case Western Reserve University have built on past research to create clot-promoting nanoparticles that are able to carry medicine directly to the site of injury, starting the healing process before a patient even leaves the battlefield or scene of an accident. 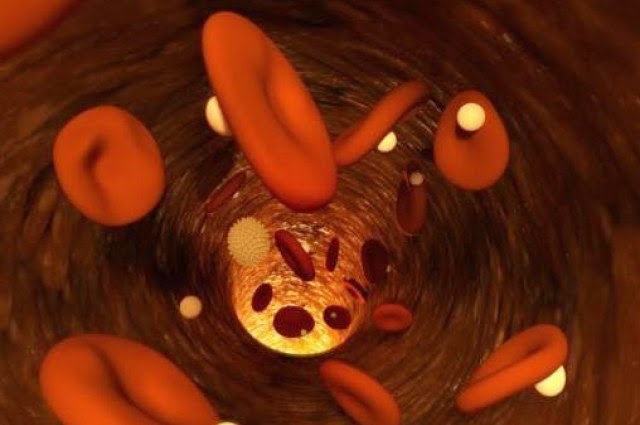 Blast injuries—either from the pressure wave, flying shrapnel or being thrown to the ground—account for 79% of combat-related injuries, causing the brain, lungs, liver, and other organs to bleed uncontrollably. According to the researchers, they started investigating the use of nanoparticles to treat hemorrhaging because “the shocking reality is that there are no treatments for internal bleeding.”
“One cool thing about a nanoparticle is you can design it to actually seek out its target,” Pamela VandeVord, one of the researchers from Virginia Tech, told Student Science. Once injected, the particles enter the blood system where they seek out platelets, the cells in the blood responsible for clotting. When they find one, a chemical coating on the outside of the nanoparticle attaches to the surface of the platelet, joining the two.
Previous research has demonstrated how this action—the joining of the nanoparticle and platelet—increased survival rates from blast injuries in mice from 60% to a staggering 95%. This new research, published in ACS Macro Letters, shows that the benefit of these nanoparticles can be further enhanced by carrying with them anti-inflammatory steroids. After reaching the site of trauma, the nanoparticles naturally break down, releasing the drug directly at the site of injury.
Their previous research had shown that survival and lung damage were correlated, and that by reducing bleeding in the lungs, the particles aided survival. This time around, the researchers found similar results: Soon after injury, the nanoparticles helped restore function to the rodents’ damaged lungs, and a week later they continued to show improvement compared to untreated animals.
These impressive results would not just be limited to war zones either. With internal bleeding as the leading cause of death amongst 5 to 44 year olds in the United States, the researchers hope that an injection of nanoparticles could also be applied to slow bleeding in situations such as car crashes.
Nhãn: Health-Science