A+ A-
Print Email
THERE has been a large increase in the number of people said to be ‘milking’ the marriage equality Yes campaign in a bid to boost their own social standing, a new survey has found today.
A staggering 58% of ‘hardcore campaigners’ have admitted to using the up-and-coming referendum for their own self-glory. 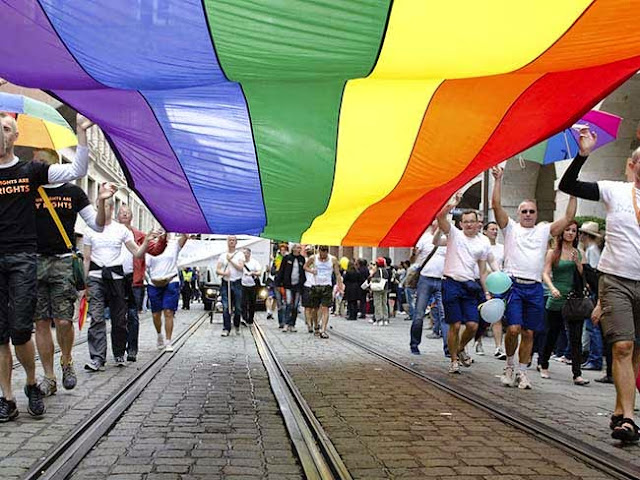 “I suppose the best bit is everyone knowing who I am now,” said village campaigner Derek Toomey, who organised an egg and spoon race in the sports field to raise awareness last week. “To be honest, I’m dreading when it will be all over and I just go back to being the local unemployed gay guy again.
“It’s a shame ’cause the village yes campaign page has almost three hundred likes. I might just start posting pictures of cats on it when this whole thing is done”.
The survey also found an equal percentage of people pretending to vote yes out of what they called ‘fear’.
“I’m actually voting no myself, but I’d be lynched if I told anyone,” admitted one businessman, who runs a small bar and restaurant in his locality. “If I said I was against the whole thing it would be career suicide. My opinion as a human being is apparently wrong. But sure fuck it, I’ll keep my mouth shut anyway.”
Furthermore, 24% of the people surveyed said they were actually thinking about voting no, out of spite.
“I thought I made my mind up to vote Yes at the start, but now I’m not so sure,” said housewife Janet Regan (38). “Seriously, the majority of the country had their mind made up months ago. Don’t push it like. I’m half tempted not to vote at all now to be honest. I don’t like being told what to do.”
Meanwhile in Leitrim, a man is being treated for minor injuries in hospital after being attacked by members of the Yes campaign, for failing to add the ‘Yes For Equality’ badge onto his Facebook profile picture.
“It was my own fault,” he told WWN. “I uploaded it on Twitter and forgot about my Facebook account. Sorry about that. Amended now.”
Nhãn: Lifestyle