A+ A-
Print Email
A New Zealand woman who was lost in a forest east of Wellington for 24 hours said she drank her own breast milk and covered herself in dirt to survive. 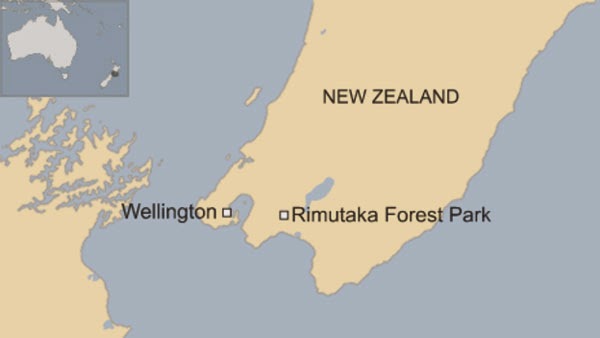 Susan O'Brien, 29, had taken a wrong turn during the Xterra race through Rimutaka Forest Park.

Authorities launched a search operation when Mrs O'Brien failed to reach the finishing line on Sunday morning.
Mrs O'Brien, a mother of two, was eventually airlifted out at 11:30 local time (00:30 BST) on Monday.
She was quickly reunited with her family, 24 hours after she had been due to finish the race, and the first thing she did was to feed her 8-month-old daughter, according to the Dominion Post.
Mrs O'Brien, who also has a two-year-old son, told reporters: "I definitely thought I was going to die."
"I'm breast-feeding my baby so I had a bit of my milk, which I thought, that should help me keep going."
She also had two litres of water with her, gel packs and an energy bar, reported Radio New Zealand.
The fitness trainer said she got very cold and wet as night descended.
She dug a hole in the forest floor and lay in it covered with dirt to keep warm overnight. "I just kept chucking dirt on myself and every time I heard something I kept screaming 'help'," she said.
She told the New Zealand Herald that the ordeal had not put her off trail running.
Source: BBC
Nhãn: World-Region