Man Not Sure If He Should Make Plumber Cup Of Tea

A+ A-
Print Email
DUBLIN man Simon Scully stood awkwardly in his kitchen for the last 15 minutes following the arrival of a plumber, WWN can exclusively reveal.
The IT specialist had taken the morning off in order to let plumber Anto Daly in the house to work on a leak in the pipes attached to the kitchen sink.
After some initial awkward chit chat which saw Simon say “see that shelf on the wall over there, I put that up myself, barely looked at the instructions too” for no particular reason, Anto set about decamping to the kitchen floor, pulling himself underneath the sink. 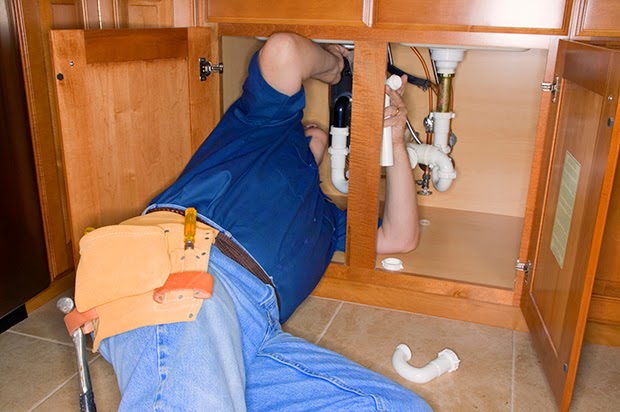 “I’ll probably be the guts an hour here fella, just by the looks of it,” Anto shouted from below the sink as he assessed the problems, leaving Simon standing feet away unsure of what he was supposed to do next.
Now finding himself staring at the ground and feeling himself becoming nervous as Anto worked away in silence, Simon was now in two minds as to whether he should offer to make some tea or just leave the room entirely.
Developing a previously non-existent stutter Simon made several ‘wuh’ sounds before being interrupted by Anto as he reemerged for under the sink.
“Ya what?” Anto asked, obviously put out by Simon’s stuttering.
“Wuh-wuh, would you like a,” Simon began before bottling it altogether and changing the subject, “what’s with ‘plumber’ huh? I mean, Jesus, if you’re not going to use the ‘b’ you should get rid of it, ha ha,” he added into an ever expanding void of crushing silence.
“Did I tell you about those shelves over there?” Simon spluttered out nervously again as he slowly died inside.
Nhãn: Lifestyle