A+ A-
Print Email
Like most people, John Dever awoke Sept. 11, 2001, saw horrific images on the news and tried to make sense of what would come next. Dever worked in the San Diego Padres’ media relations department, and he was summoned to a meeting to decide how the team would stage a potential game that night. The schedule had not been canceled; they still did not understand the scope of what had happened. 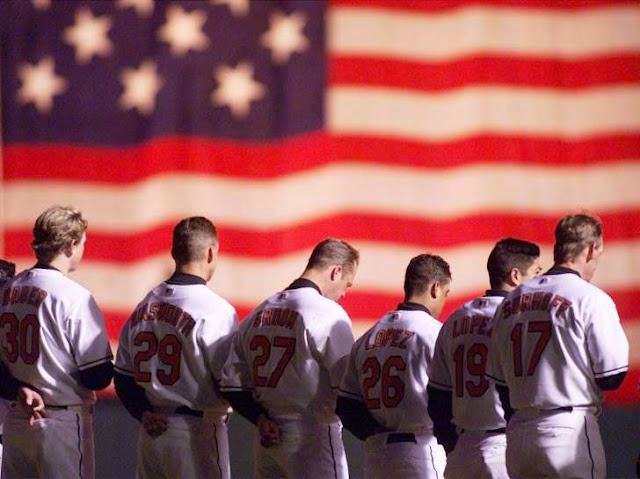