A+ A-
Print Email
The evolution of western pop music, spanning from 1960 to 2010, has been analysed by scientists. 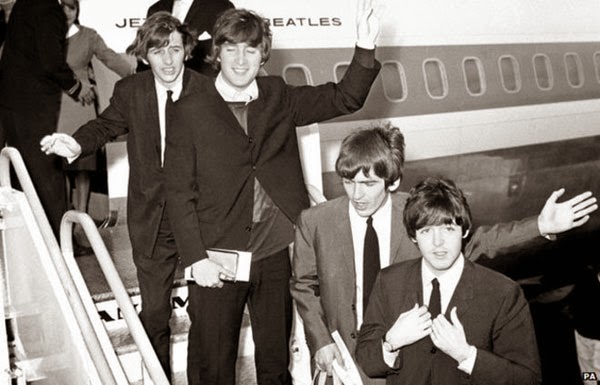 Scientists say the invasion of British bands into the US charts marked a musical revolution – Photo: PA

A team from Queen Mary University of London and Imperial College London looked at more than 17,000 songs from the US Billboard Hot 100.
They found three music revolutions - in 1964, 1983 and 1991 - and traced the loss of blues chords from the charts, as well as the birth of disco.
The study is published in the Royal Society Open Science journal.
The team also refuted claims that pop music is starting to sound the same.


Dr Matthias Mauch, from Queen Mary University of London, said: "What is really fascinating to see is how has diversity has changed - we can measure whether the charts have become more bland.
"Many people claim music is getting worse and worse, and we didn't really find anything like that. There is not an overall trend for the composition, the musical ingredients of the charts, to become less diverse."
The researchers looked at the different characteristics of music, including harmony, chords changes and timbres (the tonal quality of the music), and then analysed how they changed over time.
In the early 1960s, chords called dominant sevenths, found in jazz and blues started to die out.
Instead, in 1964 the invasion of British bands - from the Beatles to the Rolling Stones - introduced a radical new rocky sound.
The researchers say this was this the first of three stylistic revolutions - periods of extremely rapid change within the charts.
New technology, synthesisers, samplers and drum machines, drove a second major style shift in 1983. Synths, drum machines and samplers helped bands like the Eurythmics to transform the charts

The third, in 1991, came about when rap and hip-hop went mainstream.
"The third revolution is the biggest," explained Dr Mauch.
"This is so prominent in our analysis, because we looked at harmony - and rap and hip-hop don't use a lot of harmony. The emphasis is on speech sounds and rhythm.
"This was a real revolution: suddenly it was possible that you had a pop song without harmony."
The researchers say that some musical changes were slower to become embedded within the charts, but still had a big impact.
"The minor seventh chords were introduced through funk, soul and disco in the 1970s," said Dr Mauch.
"That didn't cause a revolution, but these chords were not present before - and they haven't gone away since. New songs still heavily use these chords."
The researchers found that music constantly evolved and change throughout the 50-year period.
However, there was a blip - the introduction of arena rock in the 1980s meant that, for a while, music lacked diversity.
Dr Mauch said: "A lot of hair metal and stadium rock, like Bon Jovi and Bruce Spingsteen, came into the charts, and they had a bigger share of the overall charts.
"But then rap and hip-hop came in. I think that hip-hop saved the charts."
Source: BBC
Nhãn: World-Region