A+ A-
Print Email
Just last month, Audi announced its diesel made from carbon dioxide and water. And it seems the company is showing no signs of slowing down as they release their latest in petroleum-free, synthetic fuel. 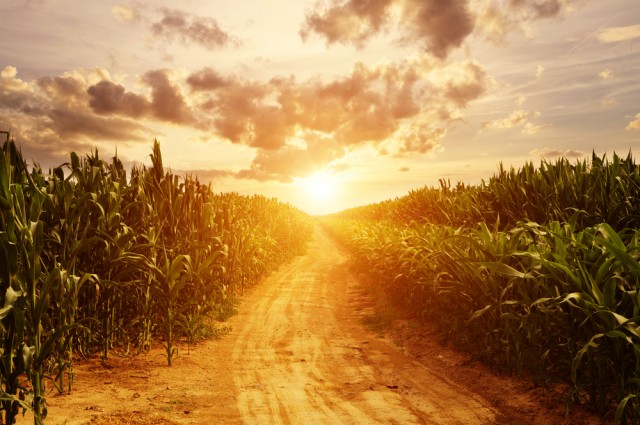 Audi's project partner, Global Bioenergies, made this new gasoline, named 'e-benzin,' from plant sugars. After extracting and processing glucose from corn, or maize, the researchers ended up with a final, clean-burning product of isobutane gas. The whole process bypasses the use of petroleum, which is in finite supply and due to run out before the end of our lifetimes.
Audi has ambitions to make the technique even less wasteful by eventually getting rid of the need for corn. They want to modify the process so that it only uses water, hydrogen, carbon dioxide and sunlight. This is a thoughtful aim for the future as the risk with creating plant-derived biofuels is the increased crop demand and the possibility of people going hungry at an engine's expense.
But it isn't just cars that this technology could benefit; isobutane gas is also commonly found in aerosols, plastics and refrigeration systems. It's possible that after Audi finds a way to burn the fuel effectively in cars and produce it on an industrial scale, the next step might be to replace isobutane made from non-renewable petroleum with this renewably created one. 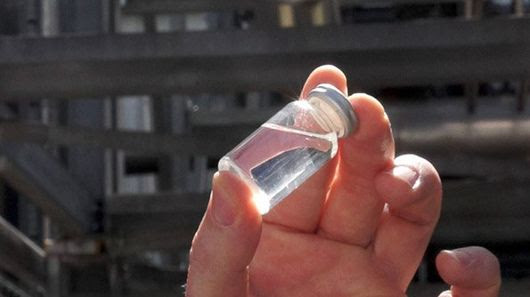 Screenshot of the first batch of e-benzin via Audi
The hope is that this new e-benzin will be used either to dilute current fuels to make them burn more cleanly or possibly even to replace current fuels entirely. Audi is going to test the fuel to see how it performs in an engine before it becomes an everyday alternative for gasoline. The CEO of Global Bioenergies, Marc Delcourt, says that he can envision the alternative fuel being used on a commercial scale very soon.
"We're thinking we're bringing green-ness to a field that desperately needs green-ness," says Rick Bockrath, vice president for chemical engineering at Global Bioenergies. "It's basically how we're moving away from an oil-based economy towards something that has a renewable, sustainable future to it."
The next step for the company is to build a new demonstration plant in Germany, ten times bigger than the current plant in France, in order to produce 100 tons of plant-based fuel per year.
Nhãn: Health-Science