Rubella Has Officially Been Eradicated From The Americas

A+ A-
Print Email
It started with smallpox in 1971 and continued with polio in 1994. Now, the Americas can add rubella and congenital rubella syndrome to the list of vaccine-preventable diseases eradicated from both continents. The announcement by the Pan American arm of the World Health Organization (WHO) stated that no new endemic cases have been declared in five consecutive years. 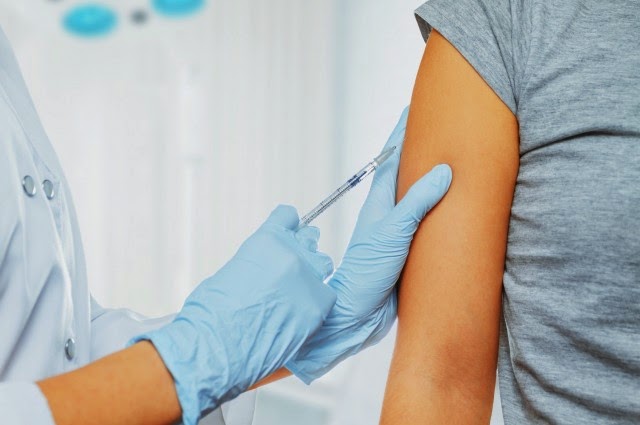 The viral infection—spread by coughs and sneezes—is also known as German measles. Infected individuals usually experience a rash, normally starting on the face, that spreads to the rest of the body. In around half of the cases, the infected person is unaware that they even have it. It can also cause aching joints, headaches, and swelling of the lymph nodes behind the ears. Whilst the threat to children and adults who contract it is relatively low, rubella can be particularly dangerous for pregnant women.
If contracted during the first three months of pregnancy, the rubella virus can cause congenital rubella syndrome. This can lead to a multitude of problems, the most common of which are miscarriage and birth defects such as blindness, deafness, or heart defects. Before the vaccine became available, there were an estimated 5,000 cases of miscarriage a year in America due to infection. Around the rest of the world, over 100,000 infants are born with the disease.
At the height of the infection, the virus affected between 15,000 and 20,000 people a year in North and South America. After a major outbreak in the U.S. in the early 1960s, the rubella vaccination was rolled out. In 1971, it was combined with the measles and mumps vaccine to produce the MMR injection. Though rubella has been declared eradicated in the U.S. since 2005, there have been other outbreaks in Argentina and Brazil. The announcement this week, however, shows that mass immunization strategies have been effective in the 45 countries and territories of the Americas.
During the 1990s, the English-speaking Caribbean countries pioneered use of mass rubella vaccination campaigns targeted at adolescents and adults. This model of mass immunization in the Americas has culminated in the annual Vaccination Week, with this week marking its 13th year. Since it began in 2003, Vaccination Week has reached more than 519 million people with vaccines against more than 20 diseases.
"The fight against rubella has taken more than 15 years, but it has paid off with what I believe will be one of the most important Pan American public health achievements of the 21st century," said Carissa F. Etienne, director of the Pan American Health Organization. "Now it's time to roll up our sleeves and finish the job of eliminating measles as well.”
Until earlier this year, it looked likely that Etienne’s wish of eliminating measles might have been edging closer, as the disease had been eradicated within the U.S. for more than a decade. That was until 166 cases were documented across 19 states after spreading from the Disneyland resort in California. More contagious than rubella, measles requires a vaccination rate of at least 94%.
The WHO has a plan to eradicate rubella from the European region—which includes Eastern Europe, Russia and Central Asia—by the end of 2015, but since the other four regions of the world—Southeast Asia, Africa, Eastern Mediterranean, and Western Pacific—have no elimination goals to speak of, it’s going to be a while yet until we’ll see rubella eradicated for good.
Nhãn: Health-Science