This Lens Could Give You Superhuman Vision

A+ A-
Print Email
Ocumetics Technology Corp claims to have developed a painless eight-minute procedure that would give you vision that is supposedly three times better than 20/20. The "bionic" lenses would give even 100-year-olds better vision than anything currently available. Does this sound too good to be true? Well, we can’t tell, as it has yet to undergo any clinical trials. 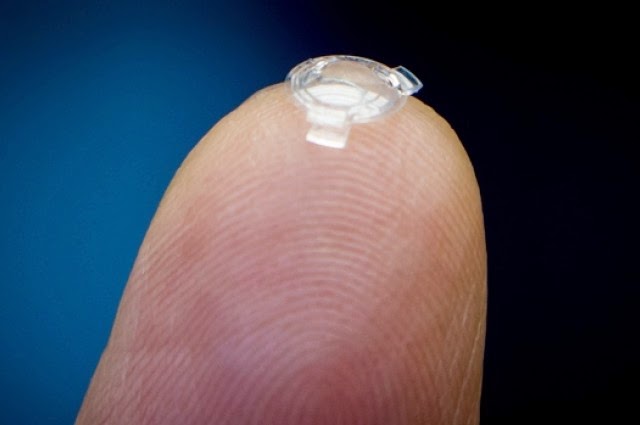 “Freedom from glasses and contact lenses is a goal that is now a reality,” Ocumetics says on its website. The CEO, Dr Gareth Webb, a Canadian optometrist, invented the "button-shaped" lens and has been working on the product for eight years of research, costing $3m.
"This is vision enhancement that the world has never seen before. If you can just barely see the clock at 10 feet, when you get the Bionic Lens you can see the clock at 30 feet away," Webb told CBC.
The procedure is similar to cataract surgery. It involves removing your original lens and replacing it with an Ocumetics' Bionic Lens, which is folded into a syringe in a saline solution and injected directly into your eye. Webb says that the specialized lens would also prevent people from developing cataracts as the procedure replaces natural lenses, which decay over time.
He presented his lens to a group of leading ophthalmologists in San Diego earlier last month. Webb told CBC that responses have been positive, with some eager to get involved in clinical trials.
"There's a lot of excitement about the Bionic Lens from very experienced surgeons who perhaps had some cynicism about this because they've seen things not work in the past. They think that this might actually work and they're eager enough that they all wish to be on the medical advisory board to help him on his journey," Dr. Vincent DeLuise, an ophthalmologist who teaches at Yale University, told CBC.
The Bionic Lens would make contacts lenses, glasses and laser surgery obsolete, Webb says. If they do pass those all-important clinical trials, he suggests they could be available in two years’ time. In the meantime, I’d recommend holding onto your glasses and contact lenses.
Nhãn: Health-Science